Back to overview
Home Clean fuel UK: DNV to test safe use and conversion of pipelines to transport 100% hydrogen

UK: DNV to test safe use and conversion of pipelines to transport 100% hydrogen

DNV has secured a contract to provide the evidence required to demonstrate the safe use and conversion of the local transmission systems (LTS) high-pressure pipelines for transporting 100% hydrogen in the UK.

The gas distribution company SGN manages around 3,100 kilometres of the LTS pipelines in the UK and is leading this project in collaboration with other UK gas networks.

LTS pipelines connect the high-pressure National Transmission System (NTS) with the lower pressure tiers and are considered the ‘backbone’ of the energy network, currently delivering gas from NTS offtakes to towns and cities across the country.

According to Angus McIntosh, director of Energy Futures at SGN, repurposing the UK’s gas networks to transport hydrogen offers an opportunity to deliver deep decarbonisation of the energy system.

As informed, SGN and DNV will undertake offsite testing and DNV’s Spadeadam facility, providing critical evidence to support the live demonstration of the conversion of a 30-kilometre natural gas pipeline to hydrogen.

“The evidence and outcomes will be representative and scalable to all local transmission assets in the UK, over 11,000 kilometres of pipeline assets and associated plant”, McIntosh said.

For its part, DNV will be providing safety and operational evidence by carrying out a series of offline tests for this project at its remote research facility in Cumbria, Northern England.

The program will demonstrate hot working on hydrogen pipelines, delayed ignition and overpressure tests, burst and fatigue tests as well as exploring the hydrogen compatibility of existing pipeline connections and fittings.

As the project progresses, DNV will also support a live network SGN trial by investigating the measurement and monitoring of a hydrogen linepack, (the volume of gas that can be “stored” in a gas pipeline), on a section of the local transmission network.

Hari Vamadevan, regional director UK & Ireland, Energy Systems at DNV, said: “In the UK’s recently published Energy Security Strategy, hydrogen is referred to as a super-fuel. The UK is intending to lead the way in developing hydrogen as a key domestic energy carrier, indeed recently doubling their ambition to 10GW of low carbon hydrogen production capacity by 2030. The existing infrastructure is in place, and SGN is making a huge effort to accelerate the UK’s progress towards net zero.” 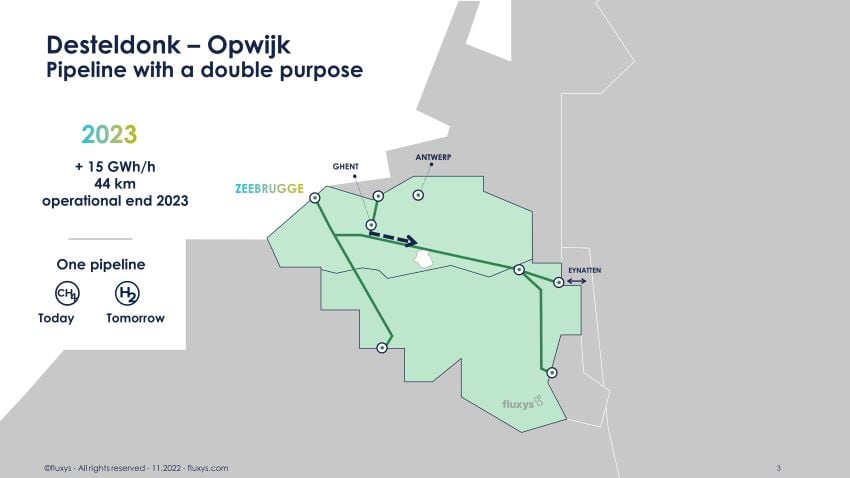