HydroSurv developed the REAV-60 design for the vessel named USV Decibel which runs on a hybrid system utilising a Fischer Panda generator and battery pack combination.

The USV completed its first sea trials for Sonardyne at Smart Sound Plymouth in early May 2022.

Prior to trials, which are seen as a key milestone for the project partners, Dynautics carried out comprehensive simulation testing.

Optimising the power management system was vital for this project so that the REAV-60 could operate in clean air zones, the company explained.

To do this it needed to be able to enter these areas with fully charged batteries for zero-emission operation.

Dynautics developed an interface that communicated with the vessel’s two electric motors and monitored the battery bank and generator.

The project, which was part of an extension to the ‘Robotics for a Safer World’ challenge, co-funded by InnovateUK, demonstrated the application of HydroSurv USV fitted with Sonardyne’s Mini-Ranger 2 Ultra-Short Base Line (USBL) positioning system for rapid environmental data collection to the Blue Gem Wind joint venture, Simply Blue Group, and Offshore Wind Consultants (OWC) focusing on the floating wind project.

The aim was to show integrated capability of the two technologies and the benefits of USV platforms in providing rapid environmental assessments offshore. 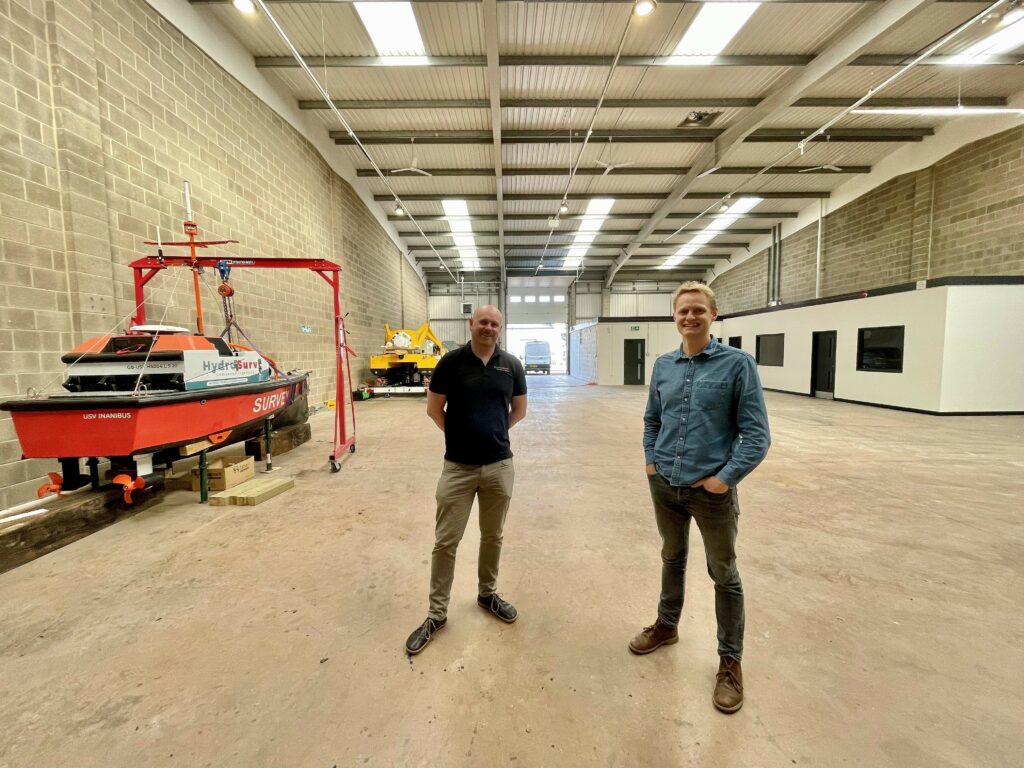