UK PM May urged once again to green-light Swansea lagoon

Welsh Conservatives have written to the UK Prime Minister Theresa May asking for the full support for the proposed Swansea Bay tidal lagoon scheme.

The joint letter, signed by the Chairman of the Welsh Conservatives Byron Davies, also got the signatures of 11 Conservatives Assembly Members, three Members of Parliament, and nine leaders of Conservative groups and councils.

In the letter, the Welsh Conservatives are citing the findings of the government-commissioned Hendry review of tidal lagoon industry, where giving a go-ahead for the Swansea tidal lagoon was deemed as ‘no regrets policy’.

“We must be bold in our pursuit of a secure, reliable, clean and diverse power supply for today and for the generations to come. Tidal lagoons may be fundamentally different to all other energy projects but with Brexit approaching we must have the confidence to negotiate the challenges and maximize the opportunities that come with change.

“The Swansea Bay Tidal Lagoon can revitalise the Welsh economy with a new market for traditional Welsh manufacturers and industries, a new career path for students and workers alike, a myriad of new commercial opportunities in leisure, tourism and conservation, and a positive, far-sighted and forward-thinking statement to the world,” the joint letter reads.

Tidal Lagoon Power, the developer behind the proposed Tidal Lagoon Swansea Bay project, worth £1.3 billion is still awaiting the subsidy agreement with the UK government.

Commenting on the decision regarding the lagoon, Theresa May said for BBC Wales: “This is a really interesting technology but, of course, there are issues. As we look at these issues we do need to make sure we’re being fair to taxpayers and looking at all the issues around this. There are some complexities in this issue and Charles Hendry review. We continue to look at those, and will in due course, make a decision about that.”

The letter from the Welsh Conservatives to May follows that from March 2017 where over two-thirds of Wales assembly members urged May to support the plans for Swansea Bay tidal lagoon, and the one signed by over 100 members of parliament and sent to the UK Secretary of State for Business, Energy and Industrial Strategy (BEIS), Greg Clark, calling for the same cause.

The Swansea Bay tidal lagoon proposal includes the construction of 320MW power plant and associated infrastructure that will comprise 16 hydro turbines, a six mile breakwater wall, and be capable of generating electricity for 155,000 homes for the next 120 years. 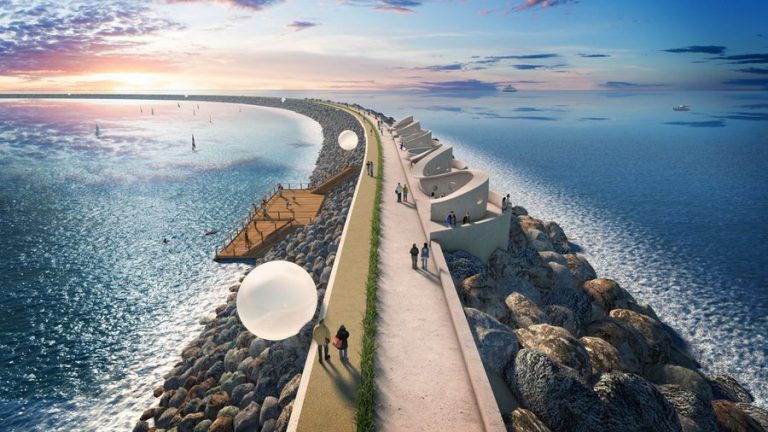