The search for the missing 22 crew members of Stellar Daisy is entering its second week despite reports of little hope for finding any survivors expressed earlier.

A total of eight ships and two aircraft are now participating in the search operations coordinated by Uruguay’s Maritime Rescue Coordination Center (MRCC).

On April 8, one American aircraft and two merchant ships joined the search operations, according to the Uruguayan Navy.

On the same day, merchant ship Anna Maria found two life vests and several thermal suits but no trace of survivors was found.

Brazilian Air Force and Brazilian and Argentine navies have also deployed their assets to search for the missing ore carrier.

The 266,100 dwt vessel went missing on March 31 and is believed to have sunk some 1,700 miles east of the Port of Montevideo, Uruguay. The ship was sailing from the Port of Guaiba, Brazil, to China, carrying 260,003 million tons of iron ore.

The 1993-built Stellar Daisy was carrying eight South Korean and sixteen Filipino sailors. Two of the sailors were rescued on April 2.

Polaris Shipping said it is investigating the cause of the accident in cooperation with the Marshall Islands Registry. In addition, the company and its P&I club have appointed experts to examine all factors that may have caused the ship’s sinking. 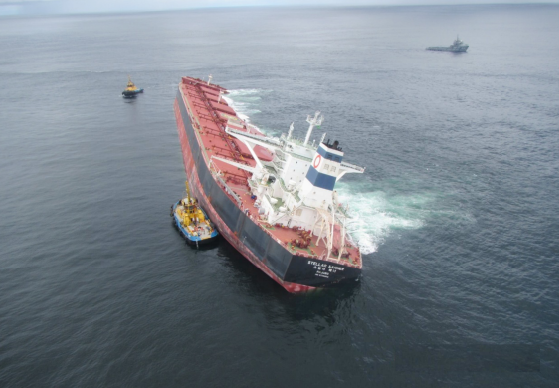