Advertisement
Back to overview
Home Marine Energy US: WPTO gets new Director

US: WPTO gets new Director

Alejandro Moreno has been named as the new Director of the Water Power Technologies Office (WPTO) at the US Department of Energy (US DoE).

In the role of Director, Moreno will lead the hydropower, and marine and hydrokinetic (MHK) portfolios at the WPTO, part of the Office of Energy Efficiency and Renewable Energy.

Moreno will manage efforts to develop and commercialize innovative technologies and market solutions for clean, domestic power generation from hydropower and marine energy resources across the United States.

He also managed the first nationwide assessments of the potential for new hydropower in the US.

Moreno said: “It’s clear that hydropower, as a low cost and flexible energy resource, has a significant role to play in the power grid. At the same time, MHK energy is starting to show what it can do, with nearly full-scale devices in the water and ongoing development of new ways to increase energy capture from waves and currents.”

Before returning to DoE, Moreno served in the energy groups of the World Bank and International Finance Corporation, where he designed and led regulatory reform programs to spur investment in clean energy and rural electrification.

Moreno holds a bachelor’s degree from Stanford University and a master’s degree in economics and energy policy from Johns Hopkins University. 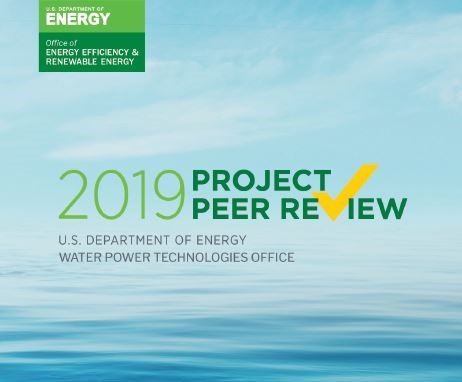