Newton Labs recently announced the successful deployment of their NM200UW nuclear underwater laser scanner in the annulus of the Quad Cities Generating Station near Cordova, Illinois, owned by Exelon Nuclear​. The revolutionary new scanner recorded precision measurements in the difficult-to-reach “beltline” area of the jet pump within a relatively short period, at the end of the mid-May refueling outage.

The scanning was accomplished by the Westinghouse BWR Services Group at the request of Keith Moser, Exelon Innovation Manager. Moser had recently received a report that a degraded weld had been detected on the RS-2 weld of pump 13/14 in Quad Cities Unit 2 during a routine video survey early in the outage. The challenge of the RS-2 degradation is that it will be a first-of-a-kind modification needing to be accomplished during the next window of opportunity, the scheduled refueling outage of 2013. What was realized during the May outage was that critical as-built details were insufficient and any future planning for parts fabrication and repairs would be difficult and problematic unless precise measurements could be quickly taken and time was growing short.

“When Exelon approached us regarding this issue we immediately recognized that this location would be particularly challenging for two reasons,” explained James M. DuBay, Growth Leader, with Westinghouse Global BWR Engineering Services. “First, this is a particularly cramped area of the reactor annulus and secondly it is right in the beltline region, which is the hottest area of the reactor annulus from a radiation standpoint.” DuBay continued, “After performing a test demonstration at our full-scale, BWR mock-up facility in Chattanooga, we were confident that the scanner would be able to manage the first obstacle.” “Once in the field we were all pleasantly surprised by the scanner’s ability to produce quality data, despite the high radiation fields,” DuBay concluded.

The NM200UW nuclear underwater laser scanner is a landmark technology developed by Newton Labs and combines rugged, industrial-grade hardware and electronics with sophisticated Newton-developed software that compensates for the disruptions of turbulence, heat and radioactivity, characteristic of the in-vessel environment. The scanner output is a point cloud so detailed, that when utilized with industry standard three-dimensional software, a fully measurable CAD model can be generated. With a demonstrated accuracy of 0.005” (0.127mm), or better, the technology in many cases will eliminate the need for less-accurate traditional measurement techniques such as video scaling or a ruler attached to a handling pole.

Although the radiation effects were strong, the NM200UW scanner spent approximately eight hours operating effectively in the Quad Cities annulus attached to a pan-tilt mechanism. The combination of Newton software and post-processing with Geomagic 3-D software was able to compensate for noise caused by radiation and achieve the desired results. In all, over 20 scans were taken, capturing all but one dimension requested by the design engineers.

“The image detail was significantly better than previous measurement methods,” Exelon’s Keith Moser said, “to the point that weld profile dimension, which in the past took a $1 million mechanical profiling tool and days of critical path, can be measured to within a few mils of accuracy in one 12 hour shift.”

In addition to achieving the necessary dimensions, the new technology was able to measure several critical areas for future reference such as diffuser ear-to-vessel, the distance between the vessel and specific welds, as well as the position of the main wedge.

Newton Research Labs, Inc. is a privately held manufacturer of machine vision, robotics and optical automation with considerable expertise in the Nuclear Industry. An original spin-off from M.I.T., the company has for more than 18 years developed and marketed high-performance, computer-driven automation for industrial processes. Newton’s products are designed to allow the quality, efficiency and cost effectiveness of computer technology to replace the human element in virtually every industry. Newton Labs has deployed more that 20,000 machine vision, robotic and automation systems world-wide. 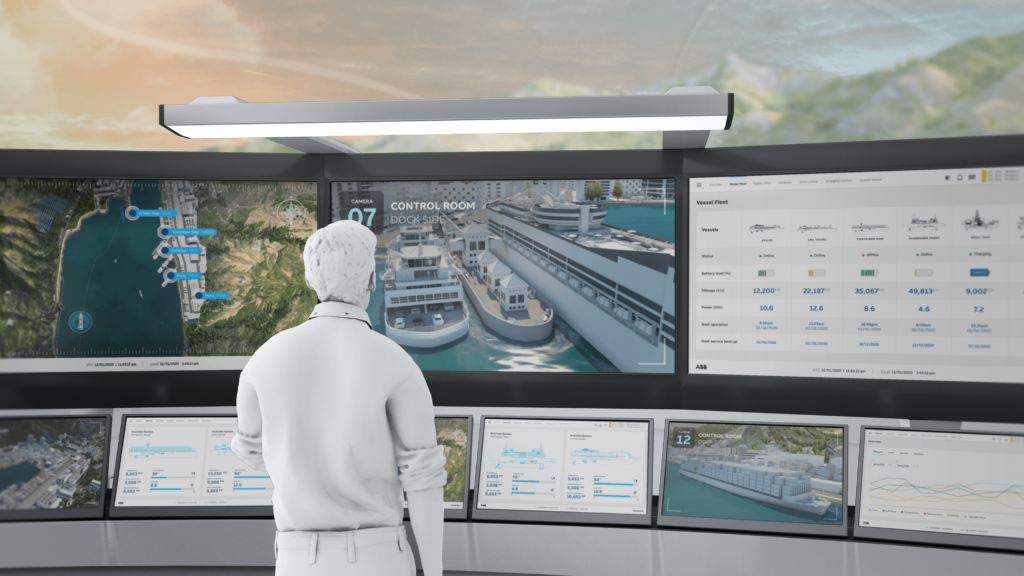