As deputy under secretary, Devany is NOAA’s chief operating officer, responsible for the day-to-day management of NOAA’s national and international operations for oceanic and atmospheric services, research and coastal and marine stewardship.

“For more than 20 years, Vice Adm. Devany has been a champion of our environment and for scientific discovery,” said acting NOAA Administrator Dr. Kathryn D. Sullivan. “He is well-respected, and a highly effective leader who is focused on operational excellence and accountability. As NOAA’s COO, Vice Adm. Devany will be a key member of my management team as we strive to put people first and mission always.”

Devany succeeds David M. Kennedy, who retired in December after more than 20 years of service to NOAA and the nation.

A NOAA Corps officer since 1990, Devany has more than 20 years of experience in environmental restoration, response, compliance, and data acquisition in the marine environment. As director of OMAO and the NOAA Corps, Devany was responsible for the agency’s fleet of research and survey ships and aircraft, as well as guiding 321 NOAA Corps officers and approximately 1,000 civilian OMAO personnel. Devany has also held a variety of scientific and management positions throughout NOAA including assignments with NOAA Fisheries, Office of Oceanic and Atmospheric Research, and National Ocean Service.

Devany has served aboard NOAA ships Chapman, Discoverer, Miller Freeman, and Hi’ialakai in various capacities, and as commanding officer of NOAA ships Oscar Elton Sette and John N. Cobb. Prior to serving with NOAA, he sailed as a U.S. Navy surface warfare officer on the destroyer USS John Young. Ashore, Devany has served as commanding officer of NOAA’s Marine Operations Center-Atlantic in Norfolk, Va., and director of OMAO’s Marine and Avation Operations Centers in Silver Spring, Md.

Devany has been recognized on numerous occasions for his outstanding service, receiving multiple NOAA Corps achievement medals and NOAA Corps commendation medals. While serving in the U.S. Navy, he was awarded the Navy Achievement Medal and the Armed Forces Expeditionary Medal for service in the Persian Gulf.

Devany holds a master’s degree in public health from the University of South Florida and a bachelor of science degree in biology from the University of Washington. He is a graduate of the NOAA Leadership Competencies Development Program and the Harvard Senior Managers in Government Program. He is a qualified NOAA working diver, and holds a U.S. Coast Guard 1,600-ton masters license for ocean vessels. 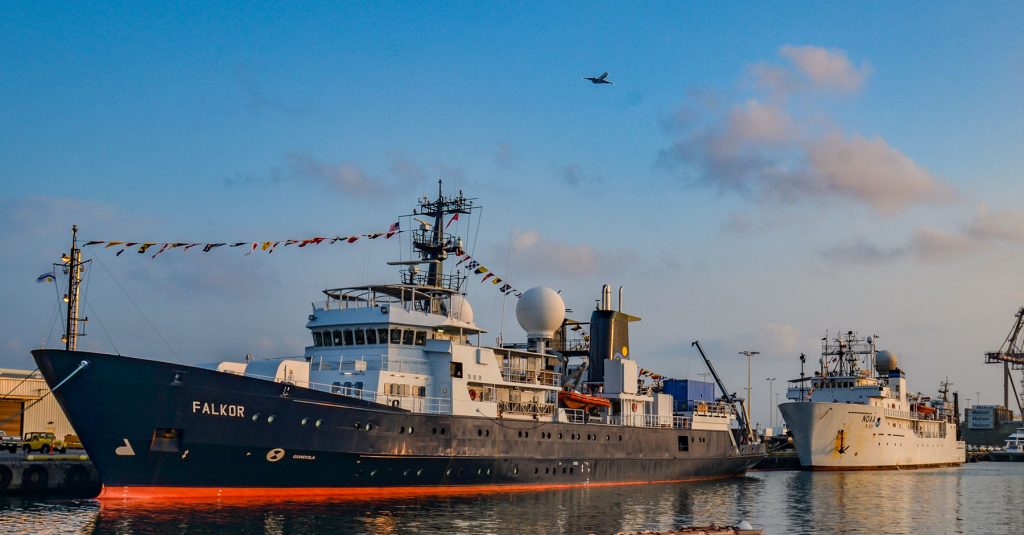