The CO₂ reduction achieved by the new Molten Carbonate Fuel Cells (MCFC) technology for carbon capture (CC) in shipping, matches the expected targets announced by its developer Ecospray, at the beginning of the project, Italian classification society RINA said.

The Italian environmental consultant launched the technology in June 2022. The system uses bio-LNG as fuel for the MCFC technology, which can be fueled with hydrogen, methanol, and ammonia or fossil LNG. But a plus of this technology consists in the use of CO2 – neutral or negative. It enables the capture of CO2 at the same time as energy production. As such, these technologies are considered strategic in the context of the energy transition.

Specifically, in the onboard system, the CO2-rich exhaust gas coming from a power generation system, can be fed to the cathode and up to 90% of the CO2 is then captured. At this point, the CO2 transferred at the anode outlet gets separated and liquefied for further usage.

According to its developer, MCFC technology could be optimally applied to all types of ships with regard to its capability to capture efficiently CO2 even at very low concentrations, especially if used in combination with bio- or super-bio-LNG.

The Ecospray’s analysis, carried out in collaboration with the Department of Civil, Chemical and Environmental Engineering of Genoa, considered the complete CO2 lifecycle resulting from the following processes:

It was concluded that a MCFC cell of 500kW fed with “super bio-LNG” (a bio-LNG for which the CO2 is captured during the production process) can cut the CO₂ equivalent emissions of a 10 MW engine by 20%.

Aside from the simultaneous clean power generation and carbon capture, Ecospray says that other advantages of the MCFC technology include low maintenance as there are no moving parts in the fuel cell. The technology can be integrated with other Ecospray environmental solutions such as DeSOx, particle filters, and oxidation catalysts.

Onboard carbon capture is receiving a lot of attention at the moment due to its potential to serve as a bridging solution for vessels that exhaust energy efficiency initiatives but are yet unable to switch to alternative fuels amid limited availability or other challenges.

Various companies are looking into the technology, however, there are numerous barriers for ships using OCC including inadequate port reception infrastructure, low efficiency of the technology as well as its size, and high energy consumption. 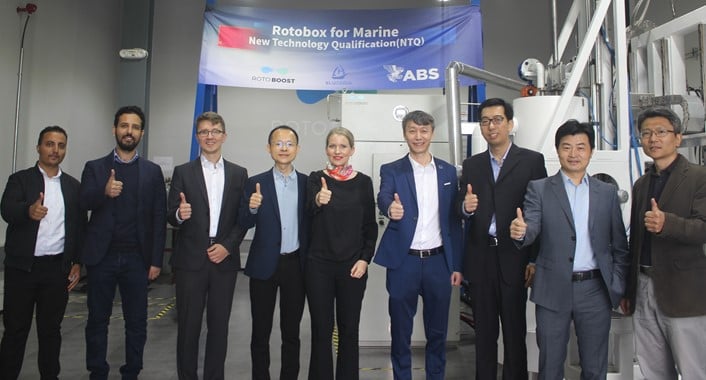