Advertisement
Back to overview
Home Offshore wind Vestas to Produce Nacelles for their 7MW Wind Turbine at Lindø, Denmark

Vestas to Produce Nacelles for their 7MW Wind Turbine at Lindø, Denmark

Vestas has announced that the nacelles for prototype and pre-series versions of their new dedicated offshore turbine, the V164-7.0 MW, will be assembled at Lindø, Denmark.

For these purposes, Vestas has signed a fixed period business lease agreement with Lindø Industrial Park. The agreement, which takes effect on 1 January 2012, covers the lease of production buildings and production offices of almost 15,000 m2 including overhead cranes.

As announced earlier this year, Vestas has also signed an option for land at the Port of Sheerness in the United Kingdom where they plan to build a fully integrated V164-7.0 MW manufacturing and assembly facility, provided they see early commitments and an order pipeline from their customers which justify the investment. This lease agreement with Lindø does not change their plans in that respect.

As Ditlev Engel, President and CEO of Vestas Wind Systems states, there are several reasons as to why Vestas has chosen to enter into this agreement in Denmark; “Vestas is committed to supporting Denmark’s position as a leading player in the development and testing of future on- and offshore wind turbines and we see our V164-7.0 MW prototype assembly work at Lindø as yet another way for us to make that commitment tangible before we offer our products and services to the rest of the world as well.”

In relation to the V164-7.0 MW turbine, Vestas has a strong presence in Denmark. As announced today, a limited amount of nacelles will be assembled in Denmark and the turbine components will be thoroughly tested at their own state of the art test facilities in Aarhus. Furthermore, some of the very first V164-7.0 MW turbines will also be tested in Denmark, namely in Frederikshavn in close collaboration with DONG Energy and at the Østerild wind turbine test Centre.

The reasons for choosing Lindø for the nacelle assembly work are several. Firstly, none of the existing Vestas production facilities in Denmark would have been suitable for this type of work as they were all fitted to handle smaller nacelles and consequently would not have been able to handle a nacelle with the size of the V164-7.0 MW.

Secondly, with a turbine of this size, and the consequent logistical and transportation challenges it represents, it is very important to have not only transport material and cranes specifically developed for this type of heavy lifting, but also harbour facilities in direct connection with the assembly activities. In that respect, Lindø Industrial Park represents an obvious choice as it offers all of the mentioned prerequisites.

A final very important aspect in choosing Denmark for prototype and pre-series work for this new turbine is the need to be close to a highly skilled workforce at their existing assembly factory in Denmark and their prototype technology knowhow in Vestas Technology R&D.

Søren Husted, President of Vestas Nacelles; “The agreement with Lindø provides us with some opportunities, in relation to geographical location, material and facilities that we would not have been able to find at any of our existing or former Vestas facilities in Denmark. The V164-7.0 MW nacelle will measure 12x24x7.5 metres and weighs in at almost 400 tonnes, so it goes without saying that we are looking at something much bigger than what we have ever made before. At Lindø they are used to materials of this size, so it was an obvious choice to place our prototype and pre-series assembly there.”

President of Vestas Offshore, Anders Søe-Jensen, sees the agreement with Lindø Industrial Park as another important step in the development of the V164-7.0 MW turbine; “I am very pleased with the agreement we have entered into with Lindø and look forward to seeing the first of these big nacelles assembled and on their way towards installation. We continue to see a great deal of interest in our new offshore turbine and are pleased to see more and more pieces of the puzzle falling into place and paving the way for the turbine to hit the market.” 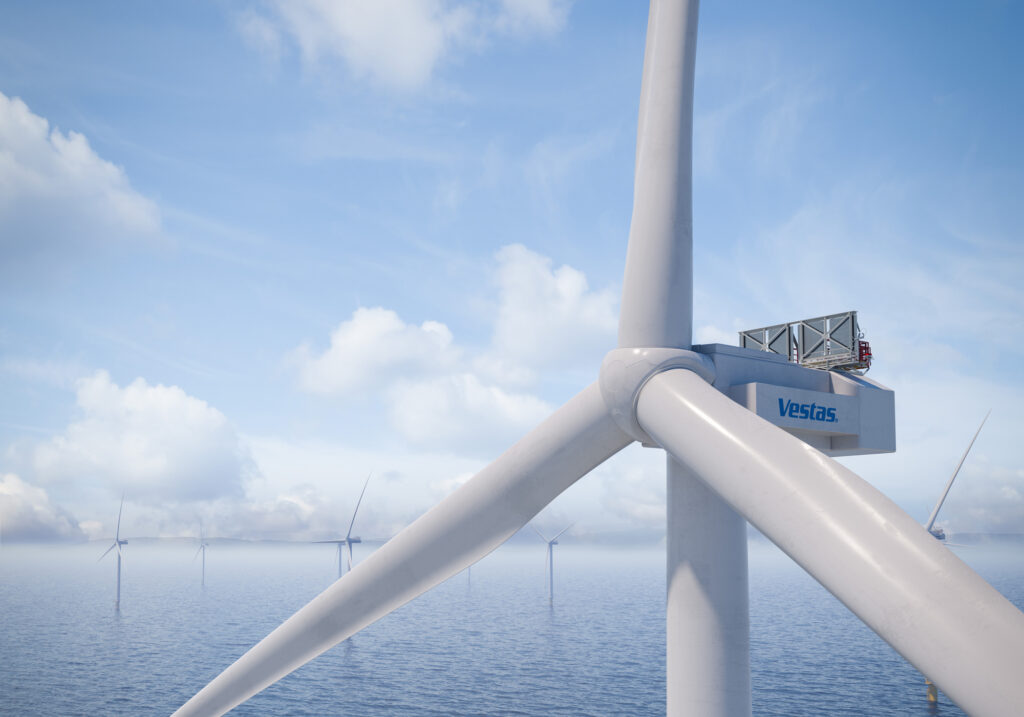