Wärtsilä Releases Another ECA Compliant Dual-Fuel Engine to US Market

Wärtsilä, the marine industry’s leading solutions and services provider, has now released its Wärtsilä 20DF dual-fuel engine for sale in the US market.

The engine meets the strict emissions compliance criteria of the United States Environmental Protection Agency (EPA) Tier 4 and is now available to American ship owners and operators. The Wärtsilä 20DF is a proven and successful engine, and its release to the US market is in response to the growing demand for natural gas fueled engines.

By extending the availability of dual-fuel engine technology, Wärtsilä now offers the American marine sector greater possibilities to select fuel that enables compliance with environmental legislation. In addition to the environmental benefits attained from burning gas, the choice of fuel can now be made on the basis of price and availability since Wärtsilä’s dual-fuel (DF) technology allows engines to use either natural gas or diesel oil.

In particular, this technology is attracting the attention of global fleet owners operating within the North American Emissions Control Area (ECA), for which the regulations came into force in August 2012. The legislation is aimed at achieving stricter control on emissions of sulphur oxides (SOx), nitrogen oxides (NOx) and particulate matter from vessels. ECA’s have also been established in the Baltic Sea and North Sea.

Lars Anderson, Vice President, 4-stroke at Wärtsilä Ship Power, states: “The Wärtsilä 20DF will further accelerate the adoption of LNG as a marine fuel in the US. The ability to meet EPA Tier 4 emissions requirements without the need for exhaust after-treatment, while at the same time increasing the safety and operational flexibility for LNG vessels, provides significant value to our customers.”

The Wärtsilä 20DF is a commercial duty, medium-speed, dual-fuel engine. Engines supplied to the US market will operate primarily on natural gas, with marine diesel oil (MDO) as a pilot fuel or as an emergency backup fuel.

Wärtsilä dual-fuel main and auxiliary engines allow ships to operate on natural gas, which minimizes their environmental footprint and operational costs and also make it possible to operate without exhaust gas after-treatment. 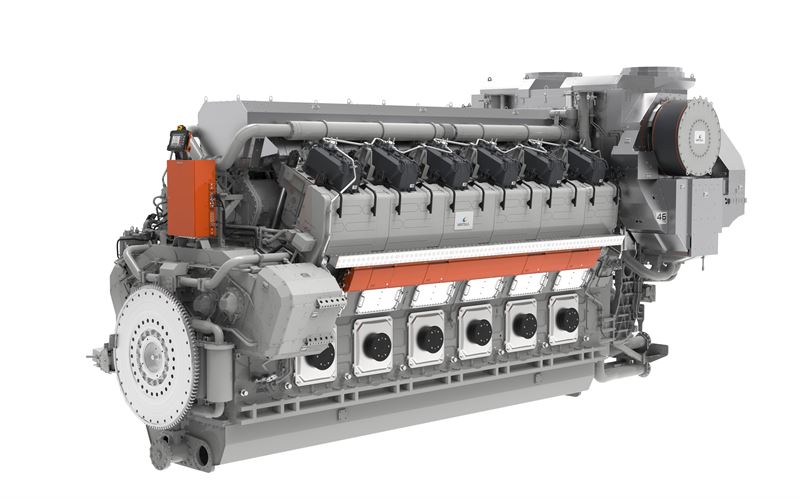