All 12 crew members of the heavy-lift vessel Eemslift Hendrika were evacuated yesterday by the Norwegian coast guard after their ship started listing west of Ålesund, Norway.

The Dutch-flagged ship, built in 2015, is managed by Amasus Support BV.

The cargo vessel’s crew sent a distress signal on Monday morning after the cargo started shifting causing the ship to list 30 degrees. The 4,200 dwt vessel got caught in stormy weather battling high waves and strong winds.

Several boats and yachts are loaded onto the vessel which was underway from Bremerhaven, Germany to Kolvereid, Norway, according to the data from MarineTraffic.

The Norwegian coast guard sent helicopters to the site to determine the situation. Primarily, eight crew members were airlifted from the distressed vessel around noon and taken to Ålesund.

Four crew members remained on board to monitor the situation and try to stabilize the ship. The remaining crew members were evacuated by a rescue helicopter in the evening, around 8 p.m., after jumping into the sea and the vessel was abandoned. As informed, one person has reportedly been injured and taken to a hospital.

The Norwegian Coastal Administration and the shipping company are working on a plan for salvaging the vessel. 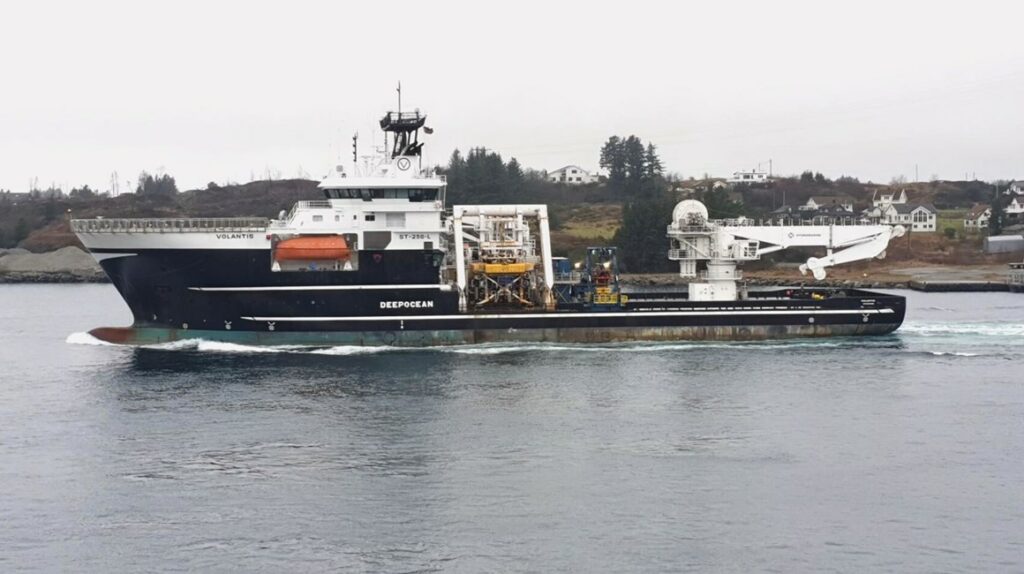