A decommissioned Omega Protein fishing vessel, the Barataria Bay, was sunk off the coast of Mississippi on June 10 to be repurposed as an artificial reef.

The nearly half century-old Barataria Bay was safely sunk approximately 20 miles from the mouth of the Pascagoula River, off the coast of Mississippi.

The Barataria Bay was first stripped of all parts and any hazardous materials in preparation for its final voyage, accompanied by a convoy of local fishermen, business leaders, and state legislators all on hand to witness the historic event. The Barataria Bay’s exact location will be kept secret for one year, to allow the reef to develop undisturbed.

Omega Protein has also released a new video chronicling similar, successful efforts in 2009 using their retired vessel the Great Wicomico to improve habitat for marine life in the Gulf of Mexico.

The Great Wicomico was sunk six years ago to help rebuild habitats after Hurricane Katrina devastated the Gulf Coast. Recent SCUBA expeditions to the site reveal that marine life is now flourishing on the former fishing vessel.

After bubbling down to the sea floor of the Gulf of Mexico on November 24, 2009, the vessel has become an ecological hotbed, covered with a variety of marine life and home to diverse fish species.

The Great Wicomico experienced a historic career before becoming an artificial reef. The ship was completed in 1945 to be used as a Freight and Supply vessel for the U.S. Army and served in three wars: World War II, the Korean War, and the Vietnam War. After its service in the military, the vessel became a university research ship before being purchased by Omega Protein in 1977.

The reef project is a continuing effort and partnership between the MDMR Artificial Reef Program, the National Oceanic and Atmospheric Administration (NOAA), and organizations like Mississippi Gulf Fishing Banks, Inc. (MGFB).

As part of the Omega Protein’s commitment to corporate social responsibility (CSR), the company has been a frequent contributor to the program, donating not only the Great Wicomico in 2009 and the Barataria Bay in 2015, but also a third vessel, the von Rosenberg, in 2000. 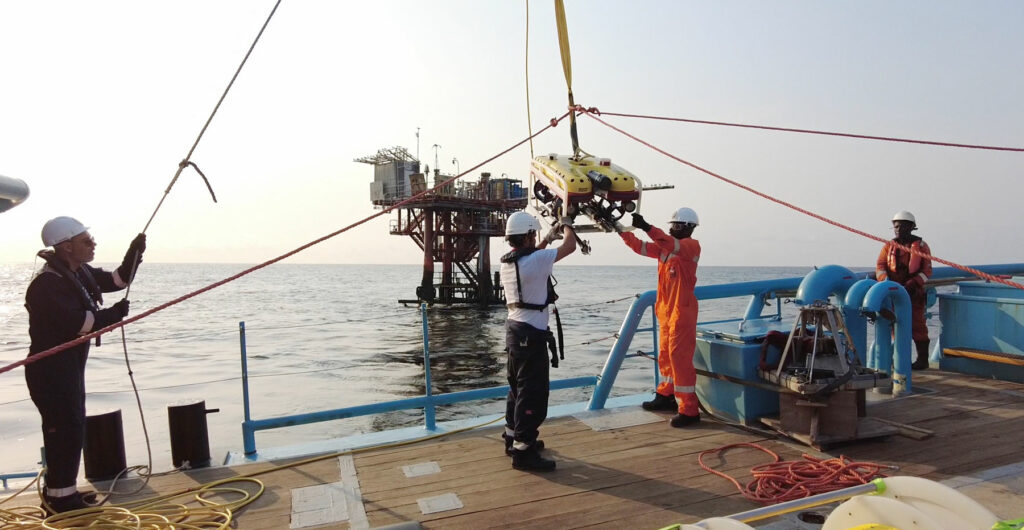