The video shows a first-of-its kind project between the Aberdeen headquartered metal waste recycling and processing firm John Lawrie Metals and Kishorn Port Limited (KPL), which resulted in the downsizing and recycling of the MV Kaami.

The general cargo vessel ran aground in the Minch between Skye and Lewis, Scotland in late March. Built in 1994, the Bahamas-flagged vessel was owned by Norway’s Misje Rederi.

The ship was refloated using a combination of salvage patches and compressed air. The vessel was then towed and redelivered to Kishorn.

The salvage operation was concluded in June, after 43 days of working in northern Scotland’s unforgiving weather.

The project team for the vessel’s demolition was mobilised on May 18th with the project reaching completion on June 30th, six weeks later.

The vessel’s length overall (LOA) is 89.8 meters and width 13.19 meters making it a considerable size for downsizing and the first project of its type for John Lawrie.

As disclosed, every piece of material the company handled was assessed for reuse or repurpose before being processed for recycling.

“A total of 1,200te of material has been recovered which has now already been shipped for processing and recycling. Following a review in conjunction with the client, certain elements of the material have been considered for reuse purposes such as the propeller and the wheelhouse, with the wheelhouse already in position at a visitor’s viewing gallery overlooking the dry dock,” John Lawrie Metals said in a comment.

“By processing and recycling the metal from the Kaami, the amount of waste being sent to landfill has been significantly reduced, thereby helping to create a circular economy by keeping waste materials in use for longer,” the company added.

Coincidentally, the vessel has previously been used to ship John Lawrie processed scrap metals to Europe.

“We are delighted to have collaborated with Kishorn Port on this project, the first of many that will no doubt come to the port. After years of planning and numerous discussions with the team at KPL, it is amazing to think that we have finally assisted them in completing this first successful project,” Dave Weston, MD John Lawrie Metals Ltd, commented.

The dock was recently fully opened to the sea for the first time in 25 years in order to welcome the MV Kaami after it was successfully floated last month.

It has a lot of potential for manufacturing, laydown and assembly of renewable energy devices for offshore wind, wave and tidal sectors as well as the oil and gas and decommissioning industry.

“We are delighted with the completion of this very successful dismantle, reuse and recycle of the MV Kaami in the dry dock at Kishorn. It demonstrates the dry dock is open for business, its capabilities and heralds a new chapter in the dry dock use going forward, which is a significant milestone at the port,” Kishorn Port Director, Alasdair Ferguson added.

“We look forward to working on further projects with John Lawrie where the opportunities arise, and bidding in particular on more floating assets that can be accommodated for decommissioning at Kishorn Port & Dry Dock in the future.” 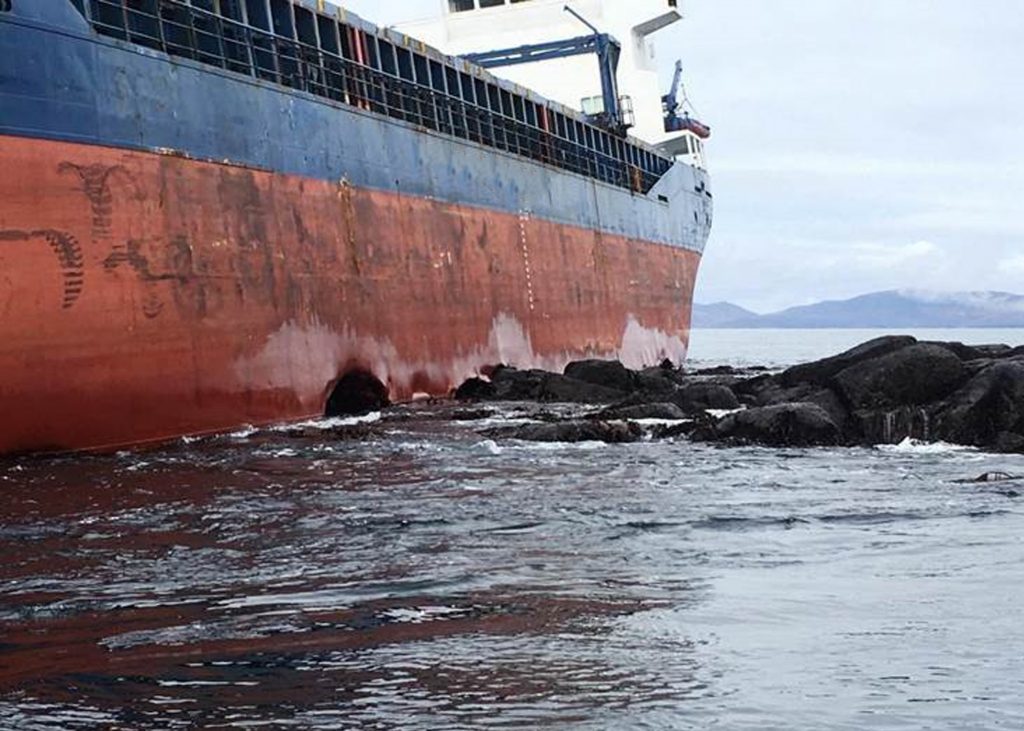