Marmok-A5 wave energy device is marking its first full year of deployment and grid-connection at the Bimep testing site, located off northern Spain.

Following the deployment of the device, developed by the Spanish wave energy company Oceantec Energías Marinas, in October last year and later commissioning work, the first kW of energy was injected into the grid on December 13, 2016.

During the past year, Marmok-A5 demonstrated survivability capabilities in winter seas by weathering through the waves of up to 12 meters high, and displayed increasing availability reaching 85% at present, OPERA project team informed.

Marmok-A5 is a point absorber oscillating water column device, shaped like a giant buoy with 5 meters in diameter, 40 meters height and weight of around 70 tonnes.

It uses the power of the waves to spin turbines that drive the electricity generator, able to produce up to 30kW, which is enough to run a medium sized business, according to the University of Exeter, part of the 12-member consortium participating in the OPERA project.

The research team has been able to benefit from 1,000 hours of experience in operation and maintenance, as well as gaining confidence in the power performance and mooring system robustness of the device.

The project team said the Marmok-A5 device is now prepared for its second winter in a row at Bimep, after which it will towed in for refitting and integration of the different innovations that have been developed in the OPERA project.

After the upgrades planned for next spring, the device will be returned to it mooring site to collect more data for benchmarking.

OPERA, short for Open Sea Wave Operating Experience to Reduce Energy Cost, is an EU-funded project that brings together an international project consortium made up of academic and industrial partners.

The project aims to develop and de-risk technologies that will reduce the cost of operating wave energy devices at sea by 50% and subsequently accelerate the roll-out of marine renewable energy. 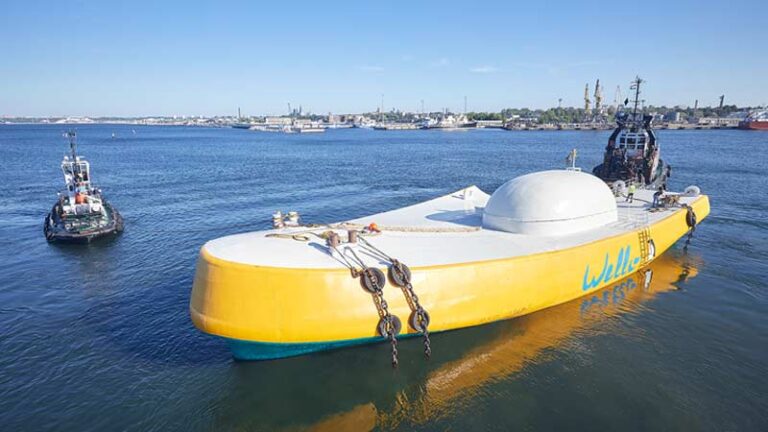