WHL Energy Limited has reported on progress in the interpretation of an interim processed volume of the La Bella 3D Seismic Survey acquired in the VIC/P67 exploration permit (WHN: 40%) in the offshore Otway Basin, Victoria, in which AWE Ltd. subsidiary Peedamullah Petroleum also holds 60% equity.

WHL Energy acquired the La Bella 3D seismic survey in November/December 2013 and processing of the data started in January 2014. An initial “fast track”, Post-Stack Migration processed volume was delivered in April 2014 which provided an early insight into the resource potential of VIC/P67. However, the fast track volume was affected by significant noise contamination due to the limitations of the early stages of the processing stream and as a result the Joint Venture elected to generate a further interim Pre-Stack Time Migration volume in order to deliver a higher quality dataset in advance of the receipt of the final processed volume.

The interim volume, covering the priority area near the La Bella well, was delivered in May 2014, and is of superior quality to the initial fast track volume. This interim volume has been the subject of interpretation efforts throughout May. The seismic contractor is expected to deliver the fully processed La Bella 3D final volume seismic data at the end of July. Based on the assessment of the interim volume to date, a very high quality, state-of-the-art, broad-band seismic data set is expected.

The interpretation of the interim volume is sufficiently mature to report an initial characterisation of the exploration portfolio. The interim volume has enabled the portfolio to be constrained by the more detailed mapping enabled by the 3D seismic data set. Additionally, a number of seismic amplitude anomalies have been mapped which reduce the geological risk of a number of features in the portfolio.

A portfolio with some 11 prospects has been identified to date with total best estimate Prospective Resources of 610 bcf of gas and 14.1 MMbbls of condensate and LPGs. Within this portfolio, a group of 4 prospects immediately west of the La Bella Field are characterised by stacked, structurally conforming amplitude anomalies (Mylius, Mylius West, Ferrier and Ferrier South), and are considered to have relatively low geological risk. Best estimate Prospective Resources for these features total some 183 Bcf sales gas and 5.8 MMbbls of condensate and LPG. Importantly, these features, along with the La Bella field, could form a core gas development in VIC/P67 with successful exploration drilling.

The interim volume has also confirmed the key high upside prospects in the portfolio.

– Preliminary mapping on the Highlander structure has confirmed the presence of a large, high relief structure;

– The Lowlander feature is now well defined and is a robust structure with prospective resources of 56 bcf gas and 1.4 MMbbl of condensate and LPG;

– An upside scenario for the uppermost Waarre Formation reservoir on the Ferrier structure, where the amplitude response of this reservoir is poorly understood, is also being evaluated which could add further significant volumes to the near La Bella area, and

Additionally, the Rayville prospect on the North-West of the full 3D area has been mapped in the fast track volume and is also a potentially interesting feature. The other previously identified structures (North La Bella and Mussel Updip) and a new structure, East La Bella, have also been mapped on the interim volume.

Regarding La Bella Field, detailed interpretation and reservoir studies are ongoing and it is premature for the company to provide an update regarding Contingent Resources for the field at this time.

WHL Energy Managing Director, David Rowbottam, said: “The results seen in the interim volume are very significant and highlighted the commercial potential of the VIC/P67 permit.”

“In La Bella we have a proven field in close proximity to key gas pipeline and processing infrastructure, right on the doorstep of a gas hungry market, and now we have significant, high quality data validating the tremendous upside potential we have always believed that may be contained in other prospects in the permit.”

“What is particularly exciting are the amplitude supported prospects which support a possible commercial gas development in the block and the potential upside potential that has been identified to date at Highlander, and possibly in the Ferrier and Alexandra prospects.”

“We look forward to working closely with our JV partners to further firm up this potential and to develop a drilling and development programme for this high value asset.”

Full processing of the full area of the La Bella 3D seismic survey is ongoing and is expected to be completed by the end of July. Following receipt of this survey a fully detailed interpretation and evaluation of the prospects and leads inventory will be undertaken and the best candidates selected for the focus of drilling studies.

Well planning has also started and Aztech Drilling has been engaged by the VIC/P67 Joint Venture to undertake the next phase of well planning, which includes seeking relevant regulatory approvals, rig procurement and well design.

Development concept evaluation studies have also started based on the initial interpretation of the interim 3D volume. Along with the estimation of well planning costs, effective development solutions are being evaluated.

Rowbottam commented further: “Although this is an interim report it is important to keep shareholders and the market informed of progress with our La Bella project. The interim volume of the La Bella 3D Seismic Survey is very promising with previously identified structures now having demonstrable, structurally conformable amplitude anomalies. This outcome reduces the risk of these features to relatively low risk and permits an initial assessment of the potential of these features. It is encouraging that a commercially valuable gas and liquids resource may be present in the La Bella area. In addition, significant upside potential is now also being demonstrated in the acreage.”

“WHL Energy has also been able to bring forward the well planning and start to develop and evaluate a range of development concepts for this La Bella project.”

“The fully processed seismic data is on-track to be available around the end of July and the Company looks forward to keeping the market appraised as this increasingly exciting project develops.” 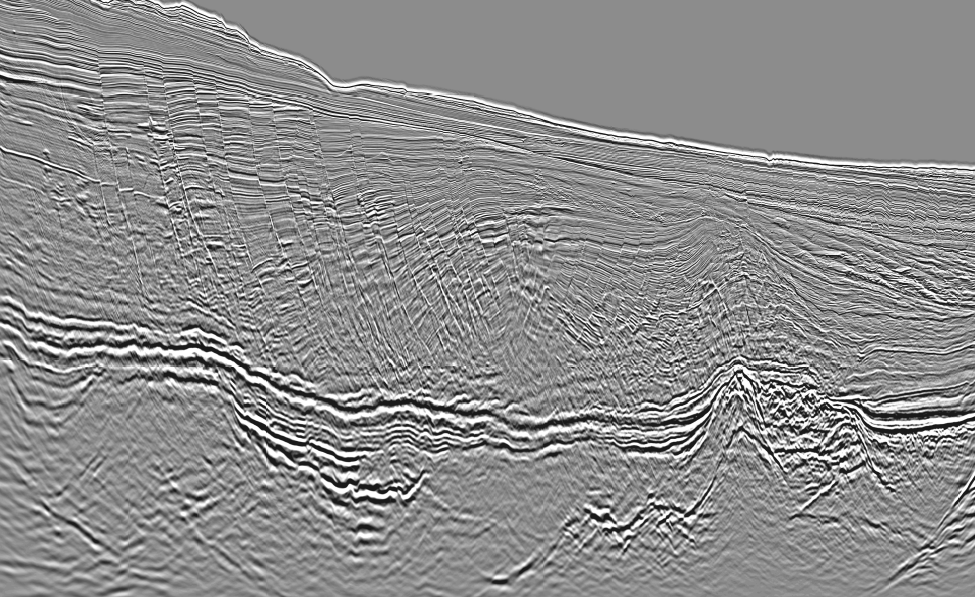