The company recently decided to incorporate the IMO TIER III standard, which reduces by more than 75% the emission levels of nitrogen oxides, in the company’s four tugboats being built at the group’s shipyard in Guarujá.

The total cost to implement IMO Tier III standards is estimated at $290,000.

“Nitrogen oxide is a greenhouse gas, which can be 300 times more polluting than carbon dioxide itself. Tier III is a great differential of this project and shows how much we are in the vanguard of the Brazilian naval industry,” Rodrigo Bastos, director of operations of the Towage unit, said.

The first tugboat built with this standard should start operating in February of next year and the second one in August. The project is developed by Damen Shipyards, and the vessels will have 80 tons of bollard pull (TBP), 25 meters long and 13 meters wide, with Escort Tug class notation.

With this technology, the new tugboats will comply with the requirements of some regions of the North American and European markets, determined by the International Maritime Organization (IMO) as emission control areas.

“The IMO, of which Brazil is a signatory, has been advancing the strategy to reduce greenhouse gas emissions in the maritime sector. Wilson Sons is being a pioneer in Brazil in meeting the requirements of Tier III standard, since it is not a requirement for the national territory, anticipating an eventual regulation in the country,” Bastos explained.

Wilson Sons will also use another pioneering technology in the market, the “twin fin”, a set of fins that increases the drag capacity during manoeuvres, and improves the performance of the tug. With this, for the same traction, less power is demanded and, consequently, there is a reduction in fuel consumption and emissions.

Another ally in the protection of the environment is the Towage Operations Center (COR), which monitors the displacement of the tugboats, defining the best moment for the movement, controlling the speed and fuel consumption, with the objective of ensuring greater efficiency, avoiding waste and, consequently, reducing gas emissions.

“Wilson Sons already … has always acted to avoid the excessive use of fuels… What is happening now is a more solid planning, with a focus on the short, medium, and long term,” Bastos concluded. 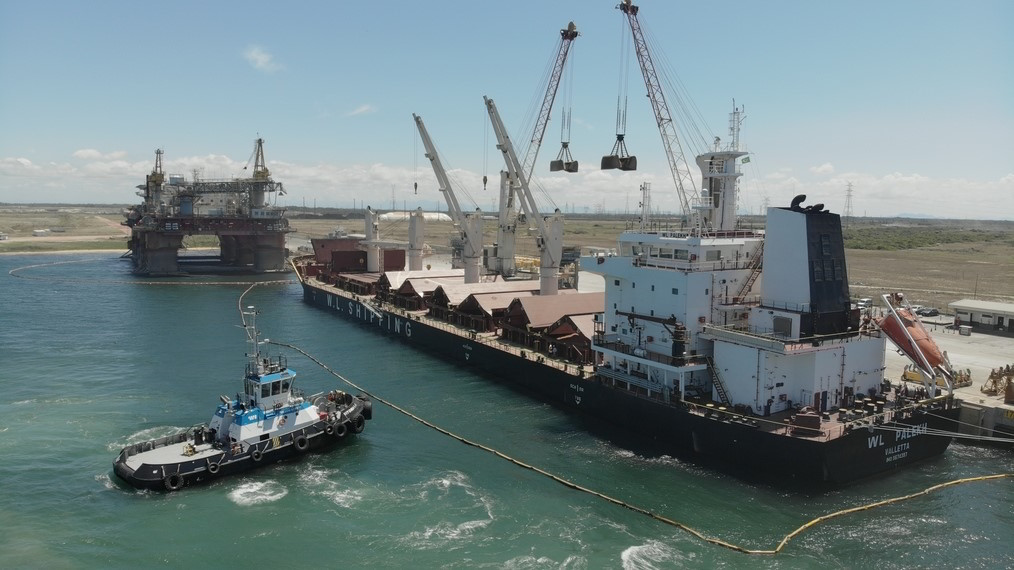