The system is scheduled to be delivered in May 2024 as part of a WinGD X-DF2.1 engine for a new 17,400 cbm LNG carrier to be built by Hyundai Heavy Industries (HHI) in South Korea.

According to WinGD, the IMO’s Tier III NOx-compliant solution can boost fuel consumption by approximately 8 percent in gas mode, 6 percent with diesel fuel, and has a 50 percent lower methane slip as up to 50% of methane is enabled to burn again during the combustion.

The extension of iCER technology to diesel mode, triggered by demand from the LNGC industry, aims to cut ship owners’ CAPEX on the vessel price by eliminating the need to install a selective catalytic reactor (SCR) while allowing the LNGC engine to comply with IMO NOX Tier III regulation limits.

“Since their introduction seven years ago, X-DF engines have established a remarkable track record of reliability and efficiency. The addition of iCER has built on this success and now the on-engine iCER adds another configuration that will enable us to support our customers in their efforts to decarbonise their operations with lowest CAPEX,” said Dr Carmelo Cartalemi, Global Head of Sales at WinGD.

In May this year, WinGD outlined five areas in which it plans to focus its development activities, those being advanced engine technologies, core engine development, green technologies, digitalization and integration, and the autonomous engine room.

The marine power company believes that to decarbonise shipping at the pace that society demands, it must act immediately and across several areas. Hence, the future projects will pursue the latest generation of dual-fuel engine technologies, novel on-engine emission abatement systems, alternative fuel developments and advances in hybrid energy system integration and control software. 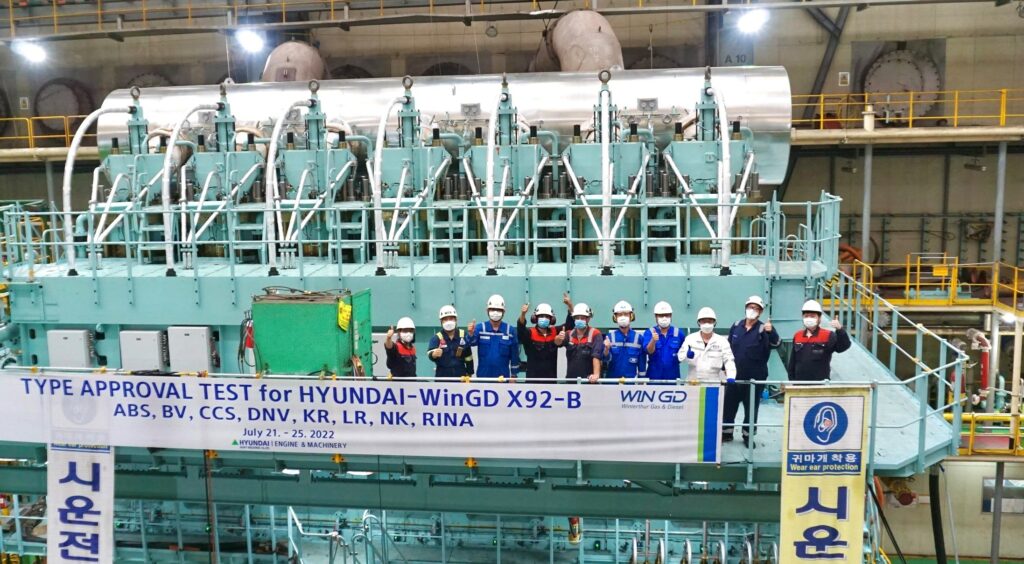