German oil and gas company Wintershall Dea has received a letter from a German environmental association, calling for the company to stop its activities under a warning of legal action.

According to its statement on Monday, Wintershall Dea received mail from representatives of the environmental organisation Deutsche Umwelthilfe e.V. (DUH) on 3 September 2021. In the letter, the DUH calls on Wintershall Dea to sign a cease-and-desist declaration with similar letters also sent to companies in the automotive industry.

Namely, a couple of weeks ago, DUH said it was taking legal action against automotive companies BMW and Mercedes-Benz and Wintershall Dea due to their “climate-damaging business at the expense of our future”. The organisation called for the car manufacturers to phase out the use of combustion engines by 2030 and called on Wintershall Dea to stop developing new oil and gas fields by 2026 at the latest.

The organisation said that, by signing these letters, these three companies could commit to the missions stated there, but if they fail to do so a lawsuit would be filed against them.

Responding to the letter, Wintershall Dea said it does not see that DUH has a right to such a declaration and a response to that effect was sent to the DUH.

Mario Mehren, CEO of Wintershall Dea, said at the national congress of the German Association of Energy and Water Industries (BDEW) in Berlin on 15 September that the company does not have any refineries or service stations, underlining its support of the CO2 emission targets set by the European Union.

Wintershall Dea also emphasised that the current energy transition towards a low-carbon economy requires political changes and demands difficult decisions from consumers. In any case, however, an adequate and reliable energy supply must be ensured as part of the provision of public services, the company said.

Mehren added: “Renewable energies alone will not be able to fully cover the world’s growing energy demand in the foreseeable future. This challenge can be overcome only by a clever mix of renewable and low-carbon energies”.

When it comes to Wintershall Dea and its own emission reduction targets, the company defined them in late 2020. Its goal is to reduce greenhouse gas emissions in exploration and production of natural gas and crude oil (scope 1 and 2 emissions for own-operated and non-own-operated activities relative to its share of production) to net-zero by 2030.

The company aims to achieve this goal with a four-pillar approach by increasingly focusing on natural gas and crude oil reservoirs that can be produced relatively CO2-efficiently. Wintershall Dea is also investing in forward-looking projects such as CCS and hydrogen.

In related news, a new report by environmental organisation Urgewald and DUH last week stated that the German government was sabotaging the international energy transition with guarantees for the oil and gas industry. 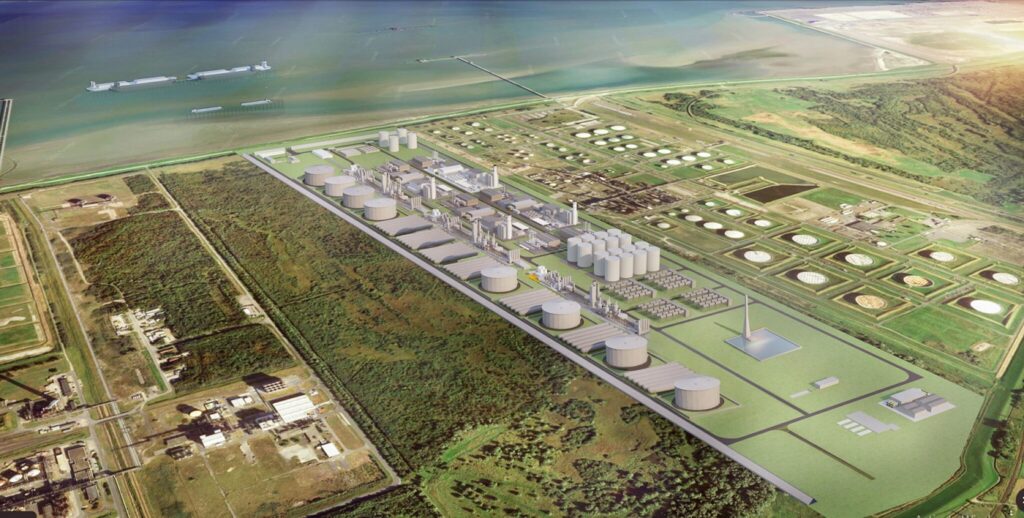