The Women’s International Shipping and Trading Association (WISTA International) has released results of an in-depth survey in the maritime industry, describing the figures on gender-based discrimination against women, onboard harassment, and bullying as ‘shocking’.

The online survey was conducted jointly by WISTA International, Anglo Eastern, International Seafarers Welfare and Assistance Network (ISWAN) and International Chamber of Shipping (ICS). The aim was to examine how female seafarers perceived “discrimination” and how it manifested onboard based on their personal experiences.

A total of 34% of the respondents acknowledged feeling alienated or neglected due to their gender, while 29% of the respondents had encountered harassment and bullying on board. A resounding 66% of the women seafarers concur that their male employees had turned to harassing and intimidating female co-workers, WISTA said.

Furthermore, 13% of the surveyed seafarers have mentioned that they have been offensively approached via different media, while a majority 70% of these women seafarers claim that it was their male colleagues who perpetrated such offensive harassment onboard.

The survey also made it possible to collect data on company harassment and bullying policies, company and industry hotlines, and the effect of the pandemic on women’s experiences at sea and provided insights into how businesses may operate in the sector to promote gender diversity and dispel prejudice.

The survey found that 25% of the respondents admitted to having encountered onboard harassment, including being approached with personal questions, overly familiar remarks, or being invited to meet in the cabin on a private basis. This indicates a widespread issue with onboard harassment when the victim is subjected to numerous threats. The statistics show that the vast majority of those engaging in such crimes are male seafarers (88%), while other instances (11%) involve both men and women co-workers, and only about 1% involve women.

In the shipping sector, physical and sexual harassment is common. According to 25% of respondents, it occurred on board and involved intrusions on their privacy, such as uncomfortable persuasion, inappropriate remarks, and body shaming. Once more, an overwhelming 90% of those involved were male co-workers, while 8% were male and female and only 2% were female seafarers.

Some 97% of respondents agreed that the company had a harassment and bullying policy, though nearly 60% of the respondents acknowledged having experienced harassment.

WISTA said that organisations must ensure that their Company Harassment Policies are extensively publicised to increase their visibility, level of awareness, and stringent on-the-ground enforcement.

80% of the female seafarers reported that their immediate superiors had spoken with them about the company’s anti-harassment policy. Again, it is important to note that 60% of these acknowledged experiencing harassment while on board and admitted that they were unsure of what to do in such circumstances.

Although 73% of the respondents felt comfortable escalating their concerns to their senior officers, only 13% reported such incidents to their superiors, while only 7% were satisfied with the outcomes. 59% of all the respondents have faced gender-based discrimination, while 66% felt ignored.

Regarding helplines, only 13% of respondents reported the harassment they had experienced.

IWSA stressed that the efficiency of these helplines, their availability at all times, and how the concerns of the seafarers are addressed at the source must all be seriously addressed.

“There is an urgent need to create a more diverse, inclusive, and equitable maritime community, with women seafarers deserving a respectful and safe working environment. The recent report revealed unacceptable figures with women facing gender discrimination, harassment and bullying on the sea. The shipping sector is at risk due to a lack of new talent,” Sanjam Sahi Gupta, Founder of WISTA India and co-chair of the WISTA International Diversity Committee, said

“Over the next decade, there will likely be an even greater need for qualified seafarers. One of the best and most effective strategies to stop the growing disparity is adopting gender-inclusive policies within a safe work culture”.

Modernization of the shipping sector driven by digitalization and decarbonization trends has brought more interest to the branch. However, the pandemic has had a massive negative impact on the progress the industry has made in improving its image as an appealing career choice.

Specifically, the number of young men and women, interested in pursuing a career at sea has gone down considerably, as explained by Despina Panayiotou Theodosiou, WISTA International President, while speaking recently at IMO-UNEP Norway Innovation Forum.

Attracting new talent is of particular importance given the challenges the industry is about to face with respect to its decarbonization process. Handling new fuels and ever more complex technologies will require massive investment in the workforce. The shipping industry already estimates that it will be 90,000 officers short by 2026.

Creating a more diverse workforce in what has been historically a male-dominated profession is likely to face further hurdles, having in mind the survey findings.

Women represent only 1.2 percent of the world’s 1.89 million seafarers and 90+ percent of female seafarers are working in the cruise industry, according to data from the International Maritime Organization (IMO).

Becoming a seafarer for women has meant working harder than men to prove their skills, knowledge, and expertise while facing hostile environments. Despite, decades-long campaigns at the IMO, the conversation still boils down to equal opportunity, equal treatment, and equal recognition, or basically lack thereof.

With that in mind, improving overall human sustainability is at the center of making the maritime industry more appealing to new generations.

Primarily, there is a need for decent working conditions for both men and women on board ships, including fair and on-time salaries as well as ensuring a balance of work and rest time. Ensuring a safe and respectful environment on board ships is as equally important if the sector wants to entice new generations to choose a career at sea.

“WISTA International, through its diversity committee, is working hard to highlight the need for the maritime sector to move from equality to equity. This is an essential distinction because equity ensures everyone has a fair opportunity to make the most of their lives and talents according to their circumstances,” Theodosiou said.

“This should apply the same at sea as on land. These figures should be a wake-up call to the maritime sector and we will continue at every opportunity to raise the issues and bring about change”

The organizations behind the survey feel that ongoing campaigns from organisations, including IMO, ITF and ICS, could make a real difference in attempting to improve through in-depth research into the issue and by consistently engaging with employers and reputable maritime universities. The campaigns should promote the recruitment of more women seafarers while ensuring that women who are accepted on board will have conducive, safe and inclusive working environments.

The complete findings from the survey and recommendations are published in The Diversity Handbook, scheduled to be launched at the WISTA International conference in Geneva, Switzerland, on 26 October 2022. 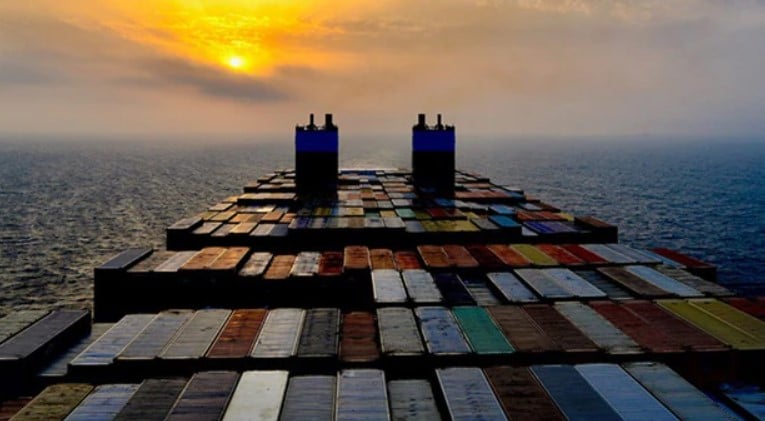 Maersk settles sexual assault litigation with former midshipman
Posted: 10 days ago
Platten: Hundreds of thousands of seafarers will need training to be able to handle new fuels
Posted: 2 months ago
Up to 800,000 seafarers due for carbon upskilling by mid-2030
Posted: 26 days ago