Back to overview
Home Fossil Energy With no regulatory approval in sight, Jadestone pulls out of oil project acquisition off New Zealand

With no regulatory approval in sight, Jadestone pulls out of oil project acquisition off New Zealand

Singapore-headquartered oil and gas player Jadestone Energy has decided to terminate a deal to acquire operatorship and interest in an oil field project located offshore New Zealand, as no progress has been made in obtaining the regulatory approval almost three years after this acquisition was disclosed.

Back in November 2019, Jadestone and OMV New Zealand, a subsidiary of Austria’s OMV, inked a sale and purchase agreement (SAP) to enable the former to acquire a 69 per cent interest and operatorship in the Maari project, which is located 120 km offshore New Zealand within PMP 38160 in the Taranaki Basin, in a water depth of approximately 100 metres. Jadestone agreed to buy this asset for $50 million.

This acquisition was supposed to be completed in 2020. Despite several delays, Jadestone said in March 2021 that it was committed to closing the deal and a few months later, the firm reported that this deal would be closed in the second half of 2021, however, the acquisition was not completed.

In an update on Thursday, Jadestone Energy revealed that it has “reluctantly reached a decision” with OMV to terminate the sale and purchase agreement for the acquisition of an operated 69 per cent interest in the Maari project due to “a lack of progress on regulatory approval, and resultant uncertainty over the timing of this approval.”

Paul Blakeley, President and CEO of Jadestone Energy, commented: “Whilst disappointing, we have been signalling that the lack of progress on Maari was an increasing concern and today, almost twelve months after the new legislation came into effect, there is still little to no clarity on what is required from Jadestone to receive the necessary government approval to complete the acquisition. Nearly three years after the acquisition was first announced, and with an upcoming license expiry in 2027, this leaves insufficient time to confidently invest in the asset and therefore, despite our best efforts, it is now time to move on.

“When balanced against the growing number of alternative inorganic growth opportunities elsewhere in the wider Asia-Pacific region, Jadestone cannot continue to spend time and resources on the Maari process, and we are firm in the belief that this decision is in the best interests of the company.”

The Maari project is a mid-life producing asset, encompassing the Maari and Manaia oil fields, which are operated by OMV and owned by the joint venture partners: OMV (69 per cent), Horizon Oil International (26 per cent) and Cue Taranaki (5 per cent). Oil is produced from the production wells on a wellhead platform – Tiro Tiro Moana – and piped to the FPSO Raroa, anchored 1.5km away. The oil is offloaded to tankers every few months for transportation to refineries in New Zealand and Australia.

“At a time when energy security is at a premium, and with the pathway to a lower carbon economy becoming more complex, the IEA has highlighted the importance of new investment into currently producing oil and gas fields to ensure maximum recovery of discovered resources. The Maari project represented an excellent example of this approach, where we had identified several significant investment opportunities as a result of large in-place reserves and a low recovery factor. Unfortunately, the asset is now unlikely to see the type and scale of inward investment that had been planned by Jadestone,” added Blakeley.

Jadestone’s CEO outlined that the firm is making “good progress on a number of fronts with several potential near-term positive catalysts,” adding that it now has “a clearer path” to complete the repairs on the FPSO Montara Venture. Furthermore, Blakeley highlighted that the first well in the Stag infill drilling programme is at the completion stage and the second one is expected to reach the reservoir interval soon.

Moreover, the company’s CEO confirmed that the Akatara gas development is on track while the Vietnam gas sales discussions are “making progress.” In addition, the North West Shelf oil acquisition from BP and the purchase of the remaining 10 per cent interest in the Lemang PSC are still expected to be completed this quarter.

“There are a number of inorganic opportunities across the Asia-Pacific region which are under evaluation. Overall, the outlook for Jadestone remains positive and we are excited for the future,” concluded Blakeley. 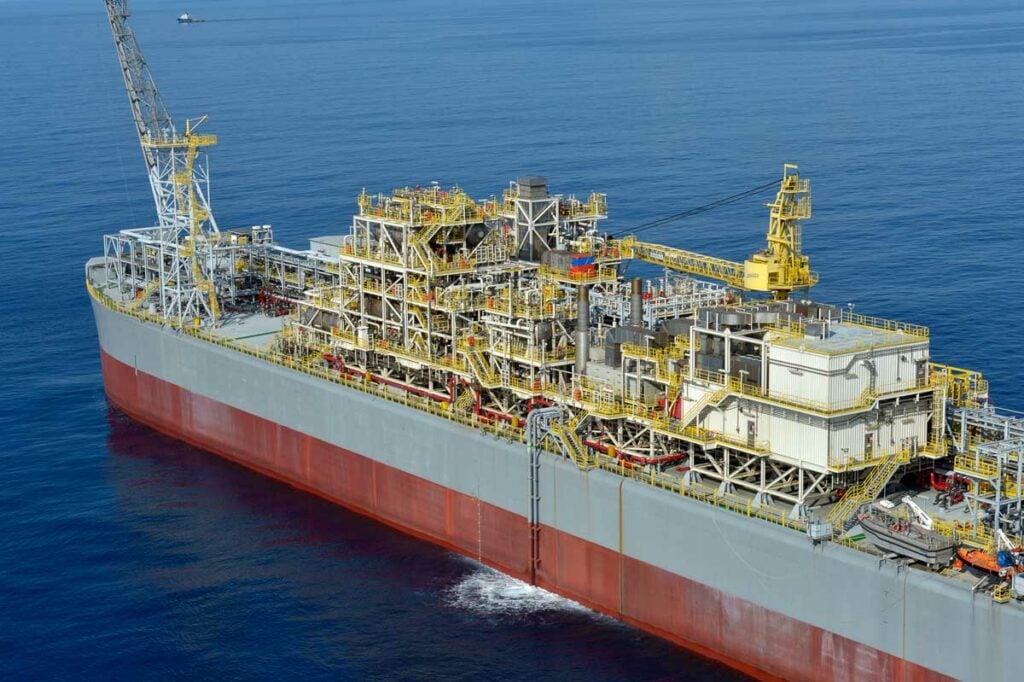 With FPSO remediation winding down, production restart from Australian field targeted for next month
Posted: 16 days ago
Premium
Australian giant sets its sights on sanctioning and commissioning several energy projects this year
Posted: 10 days ago
BP concludes the sale of its interest in Australian oil-producing fields
Posted: 3 months ago