Back to overview
Home Fossil Energy With TotalEnergies deal all done, firm expands presence in ‘one of the largest gas hubs in the UK’

With TotalEnergies deal all done, firm expands presence in ‘one of the largest gas hubs in the UK’

London-listed Kistos has entered the United Kingdom Continental Shelf (UKCS) thanks to the acquisition of TotalEnergies’ stakes in several gas fields located West of Shetland.

Back in January 2022, Kistos revealed its intention to buy interests in multiple gas fields from TotalEnergies for an initial cash consideration of $125 million.

Andrew Austin, Executive Chairman of Kistos, remarked: “We look forward to working with TotalEnergies and our partners within the GLA. The addition of the GLA interest to our portfolio is an important step towards expanding and diversifying our producing asset base in one of the largest gas hubs in the UK.”

Located up to 125km northwest of the Shetland Islands, the producing Greater Laggan Area fields are situated in water depths of approximately 300m to 625m.

The company informed that the effective date of this acquisition is 1 January 2022, adding that the “completion of the acquisition marks Kistos’ entry into the United Kingdom Continental Shelf.” This deal will add about 6,000 boe/d (net) to the firm’s production in 2022, with 2P reserves increasing by 6.2 MMboe, which “substantially increases” the company’s total production base to approximately 12,000 boe/d.

Thanks to this deal, Kistos has acquired a 20 per cent working interest in the producing Laggan, Tormore, Edradour, and Glenlivet gas fields, located offshore the UK, West of Shetland. Moreover, the acquisition entails a 20 per cent interest in the undeveloped Glendronach gas field, which was discovered in 2018. The firm explained that the development is anticipated to utilise existing infrastructure and a final investment decision is expected later this year.

In addition, this acquisition also includes a 25 per cent interest in block 206/4a, which contains the 638 Bcf (operator’s P50 resource estimate) Benriach prospect. Kistos forecasts the emissions from GLA production operations to be approximately 13 kg CO2e/boe in 2022, which is significantly below the North Sea average of 22 kg CO2e/boe, as estimated in the NSTA’s ‘UKCS natural gas carbon footprint analysis’ of 26 May 2020.

Furthermore, as Glendronach, which was discovered in 2018, will be developed via a single production well and the net cost of the project is estimated to be approximately £20 million, Kistos’ share of this expenditure is expected to be subject to the super deduction in the UK’s Energy Profits Levy.

“In addition to the immediate significant increase in our daily production, these assets also offer investors significant upside potential from the Glendronach development project and the highly prospective Benriach exploration target.

“Progression of these two projects is expected to meet the investment criteria for the UK’s recently implemented Energy Profits Levy,” concluded Austin. 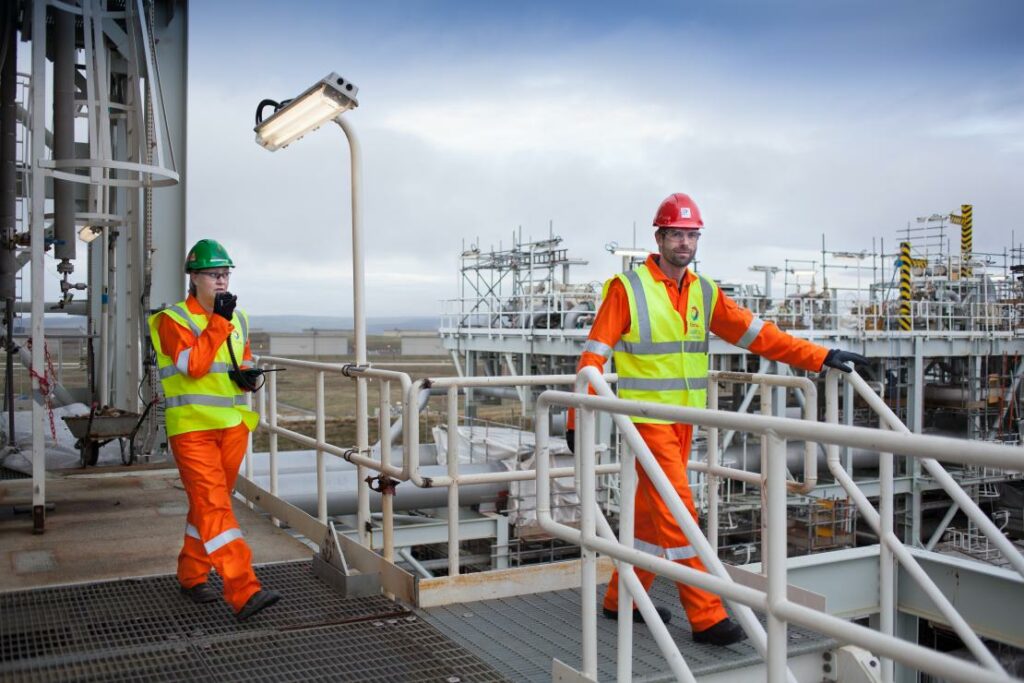 TotalEnergies selling third of its stake in Greater Laggan Area fields to Kistos
Posted: 7 months ago
TotalEnergies and partners to invest over $700 million to develop the world’s southernmost gas project
Posted: 10 days ago
Inpex, Woodside, TotalEnergies to explore hub potential for ‘one of the largest CCS projects in the world’
Posted: about 1 month ago