The demolition of a section of the existing seawall near Snows Beach has occurred, with construction of the new stepped seawall beginning in this section.

The new seawall will take approximately 8 months to build and the rock will be placed by excavator.

New piles will also be driven to support the new wharf and pontoons, said the council.

Once the seawall is built, the new terminal buildings and pontoons will be installed.

The restoration project is expected to be completed by mid-2021, weather permitting.

Eligible works received joint funding from the Commonwealth and State Governments under the Natural Disaster Relief and Recovery Arrangements (NDRRA). 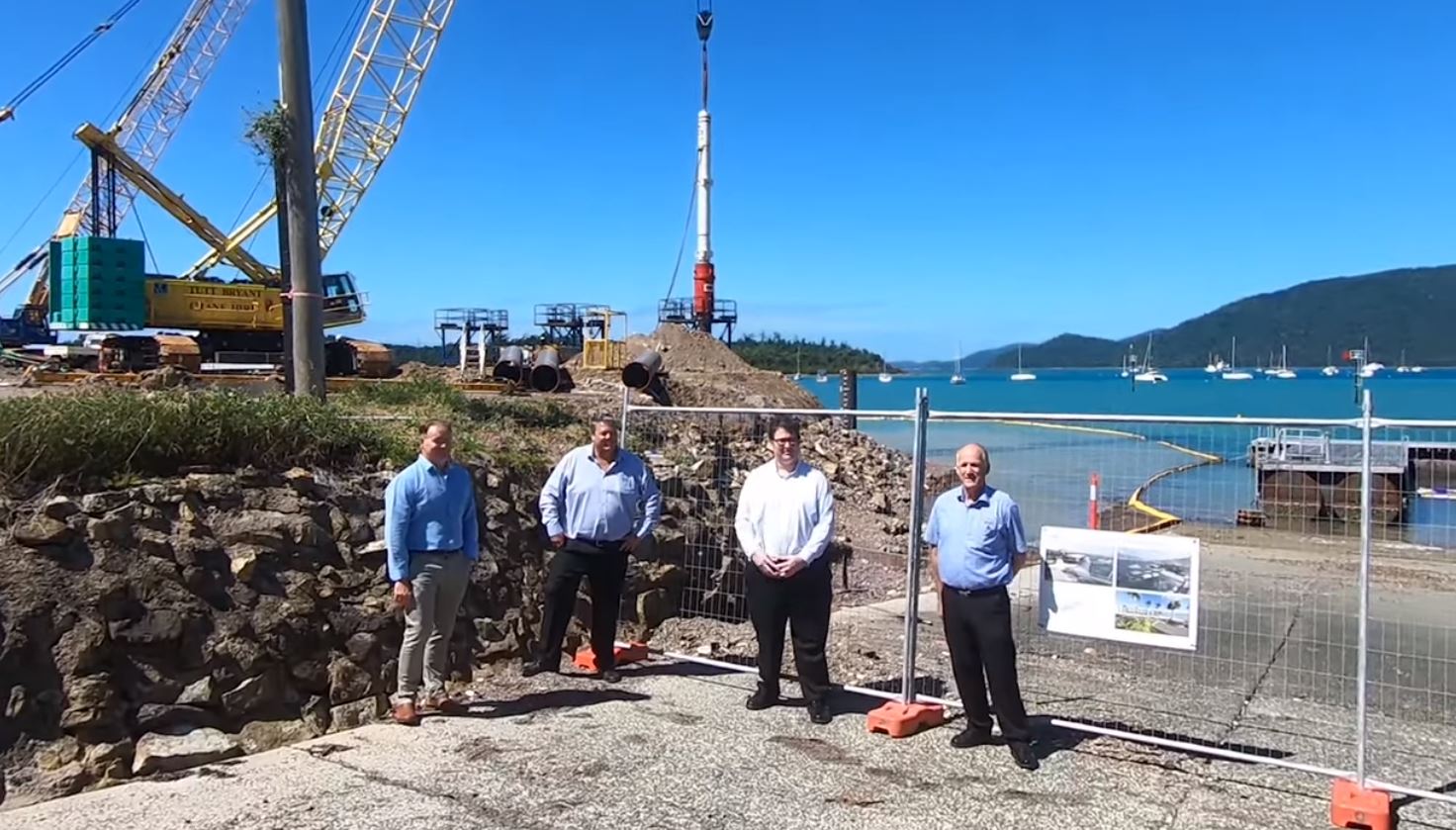