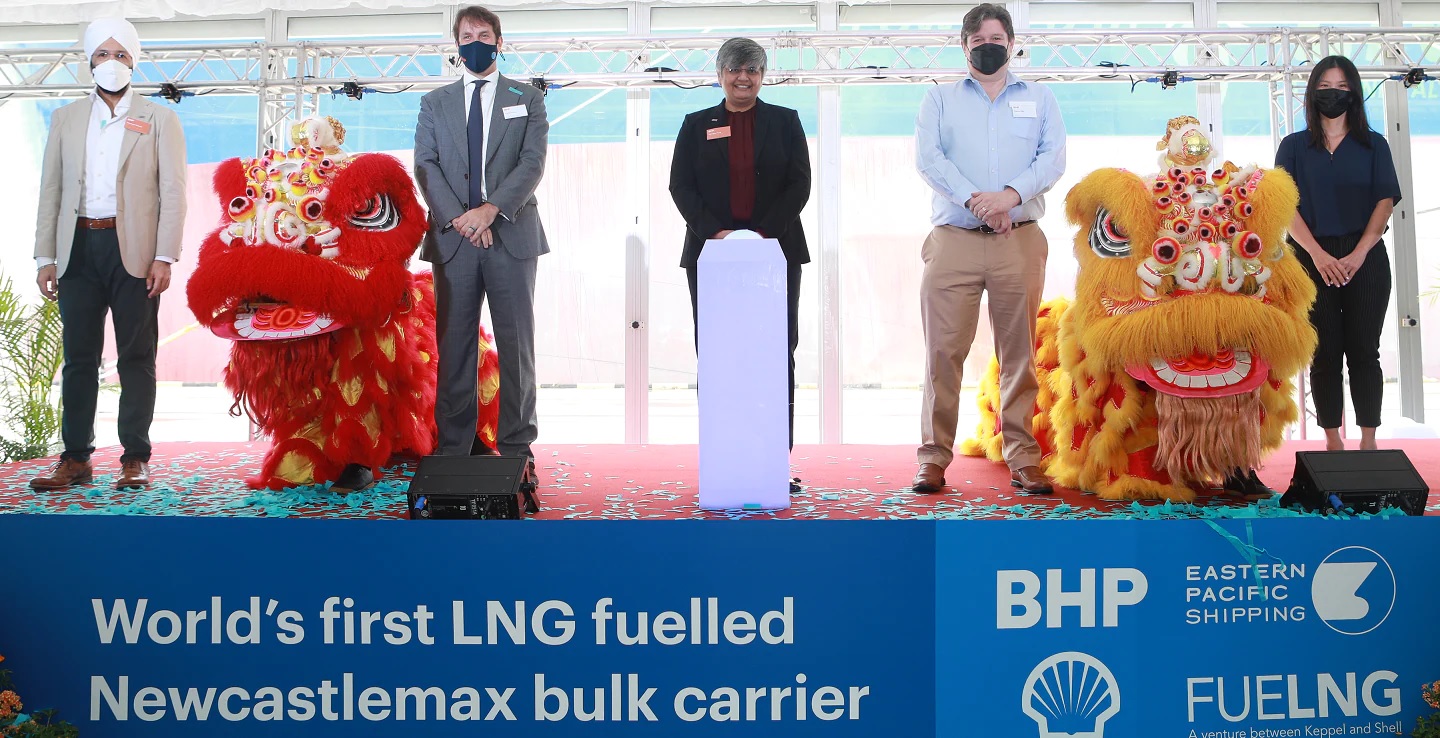 The 209,000-deadweight tonne vessel Mount Tourmaline will transport iron ore between Western Australia and Asia as of this year. The ship was constructed by China’s Shanghai Waigaoqiao Shipbuilding.

After LNG bunkering, the ship will leave for Port Hedland in Western Australia for iron ore loading operations.

The LNG-fueled Newcastlemax vessels are to reduce GHG emissions by more than 30 per cent oper voyage. They are to contribute towards BHP’s decarbonisation goals.

EPS CEO Cyril Ducau added: “Today’s historic LNG bunkering is further evidence that the industry’s energy transition is in full swing. These dual-fuel LNG Newcastlemax vessels are the world’s first, but more importantly, they represent a culture shift in shipping and mining.”

Chris Ong, CEO of Keppel O&M, said: “LNG plays an important part in the clean energy transition... With the ability to bunker a wide range of vessels, FueLNG is pleased to service the world’s first LNG-fueled Newcastlemax bulk carrier and looks forward to the arrival of the next four vessels in Singapore.” 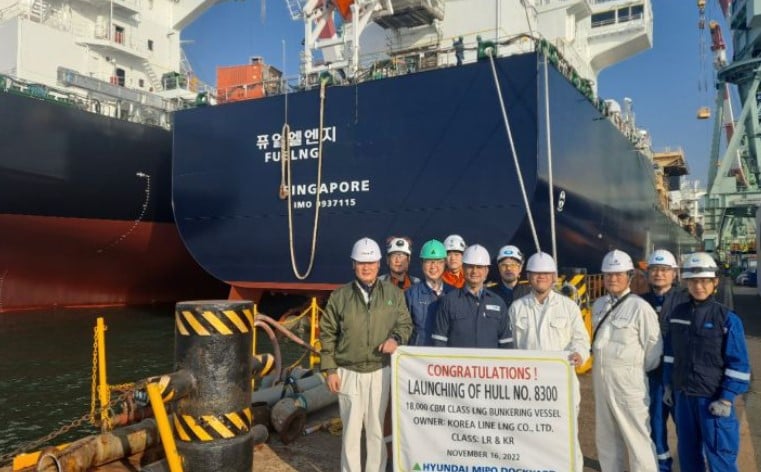