The world’s first electric car and passenger ferry powered by batteries – the MF Ampere – has entered service in Norway.

The ferry’s owner Norled has started operating the electric vessel on a route across Sognefjord between Lavik and Oppedal. The fully electric ferry travels six kilometers across the fjord 34 times a day, with each trip taking around 20 minutes.

The ferry, which is 80 meters long and 20 meters wide, is driven by two electric motors, each with an output of 450 kilowatts. It is made exclusively of light aluminum, which makes it only half as heavy as a conventional ferry, despite its ten ton batteries and a capacity for 360 passengers and 120 vehicles.

Built in conjunction with shipbuilder Fjellstrand, Siemens installed the complete electric propulsion system and put up charging stations with lithium-ion batteries which are charged from hydro power. With the switch to battery, Norled is reducing the cost of fuel by up to 60 percent, according to Siemens.

The ferry is powered by three batteries, one lithium-ion battery on board the ferry, and one at each pier to serve as a buffer. The 260-kWh-units supply electricity to the ferry while at anchor. Afterward, the battery slowly recoups all of this energy from the grid until the ship comes back again to drop off passengers and recharge. The ship’s onboard batteries are recharged directly from the grid at night when the ferry is not in use.

The Norled ferry will use around two million kWh per year, whereas a traditional diesel ferry burns at least one million liters of diesel a year and emits 570 tons of carbon dioxide and 15 metric tons of nitrogen oxides, according to Siemens.

On board the ferry, Siemens installed its electric propulsion system BlueDrive PlusC. It includes a battery and steering system, thruster control for the propellers, an energy management system and an integrated alarm system. The integrated automation systems control and monitor the machineries and auxiliaries on the ferry and are connected via Profibus to all other subsystems. 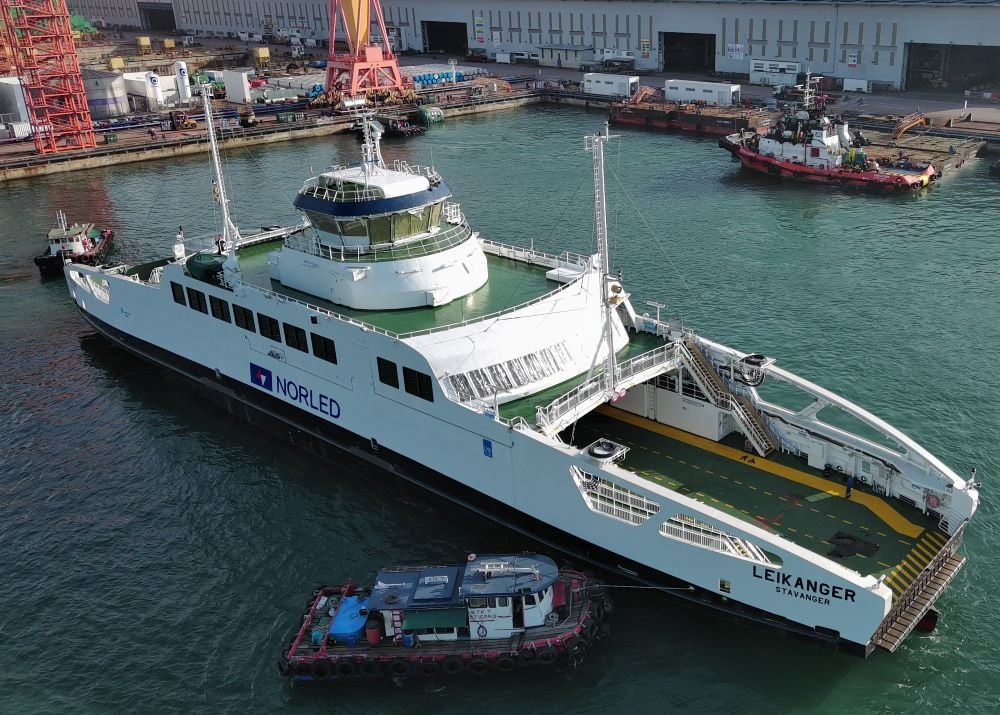