XOCEAN to launch commercial USV production that could create 1000+ jobs

Irish firm XOCEAN is advancing to become the first company to commercialise uncrewed surface vessels (USV) for ocean data gathering with a €1.7 million grant secured from the European Maritime and Fisheries Fund (EMFF).

As disclosed, the start-up company received funding from the EMFF for the FleetUSV project in line with the Green Deal and the new approach for a sustainable blue economy in the EU.

Thanks to this investment, XOCEAN will be the first company to commercialise and serially manufacture commercial USVs at scale and at significantly reduced cost (-66%). Additionally, that would create more than 1,000 direct and indirect jobs in just three years, the company said.

The overall technical goal of FleetUSV is to enhance the technology so that customers can control and operate the USVs themselves. In parallel, FleetUSV’s commercial objective is to get the business and technology ready for large-scale market penetration globally.

If everything goes according to plan, XOCEAN intends to commercially launch its USV in Europe, the U.S. and Canada in July 2022.

In January, the company launched its newest XO-450 unmanned surface vehicle, the X-16, as part of its plans to double the fleet size in 2022.

XOCEAN also recently took part in a milestone project, where its USV completed the first-ever uncrewed survey of fish populations around oil platforms in the North Sea. 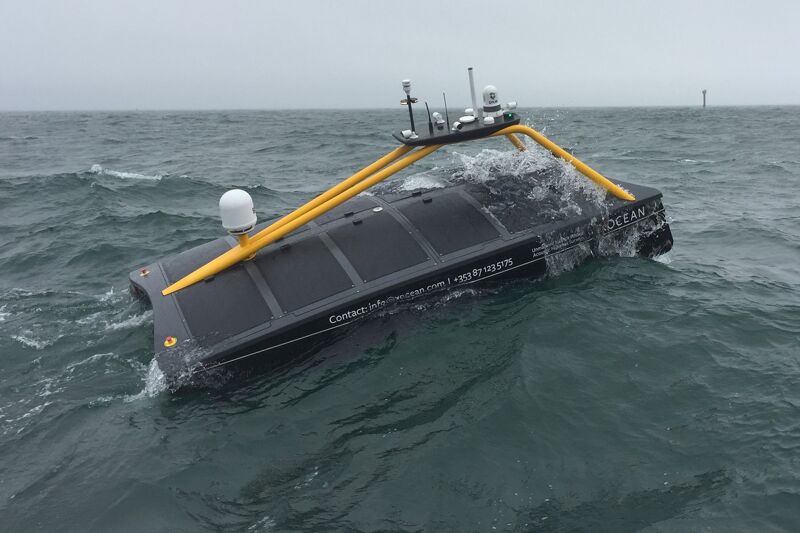