YM Mandate, a containership that was leaking fuel oil at Global Container Terminals (GCT) Bayonne in New Jersey last week, departed the terminal on 3 October to undergo repairs at a different facility in the Port of New York.

The departure was approved following the cleaning of the vessel, the United States Coast Guard (USCG) said.

A unified command consisting of the USCG, New Jersey Department of Environmental Protection, and Gallagher Marine Systems concluded response operations on 4 October. The operations were launched after the Post-Panamax boxship began leaking oil last Monday due to a crack in its hull.

After the authorities prevented further oil leakage, a dive survey was completed and no additional damage to YM Mandate was found.

“The response was quick and efficient thanks to the strong coordination of all agencies involved,” Lt. Cmdr. Ryan Clark, Coast Guard Incident Commander, said.

“We take any release of oil into the maritime environment extremely seriously and we greatly appreciate the efforts of our partner agencies.” 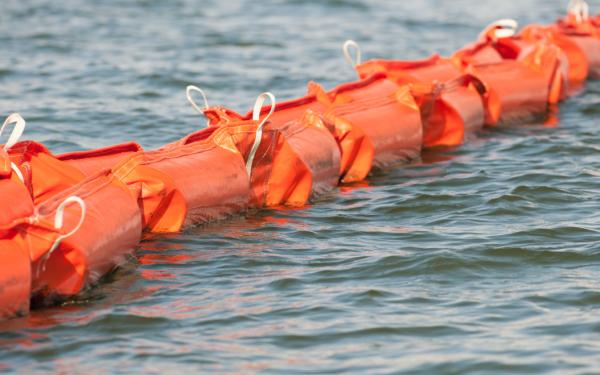