Advertisement
Back to overview
Home Offshore wind 10 years of life as a Lidar, much of it offshore

10 years of life as a Lidar, much of it offshore

2010, ZephIR HQ, Worcestershire, U.K.:  the ZephIR 300 Lidar – a remote sensing wind measurement tool capable of collecting wind data remotely from its installed location by use of a infra-red laser – was born, following an 18 month product development program that focused on improving the ‘usability’ of remote sensing devices. The resultant product was described as being “easy to use, while also rugged to ensure its longevity in the field.”

Following thorough testing of the first batch of 300’s, Lidar #307 was ready for its first deployment mid-2011 and instantly stepped in to an application where the cost drivers for remote sensing vs. traditional met mast anemometry was key – offshore wind resource assessment.

Deployed for the Forewind consortium, #307 headed for the Cavendish platform in the North Sea in support of a potential offshore wind farm development in the designated area of Dogger Bank.

Today the prevailing industry view is that there will not be another met mast installed offshore (and even fixed platform mounting of remote wind sensors for pre-construction wind resource assessment is in decline) in favour of Floating Continuous Wave Lidar; however, eight years ago this was very much an industry innovation.

#307 was installed by the platform’s operator RWE Dea UK, measuring wind speed and direction from just 10 metres above the platform (it’s important to measure this low when the platform is already some distance out of the water) and up to heights of 200m.

The dataset collected was the first high-quality wind data measurement in close proximity to the Dogger Bank Zone. At the time, Forewind confirmed that #307 was to be used in early site design activities and to “improve the evaluation of the overall project wind resource by enhancing the validation of local wind modelling”. 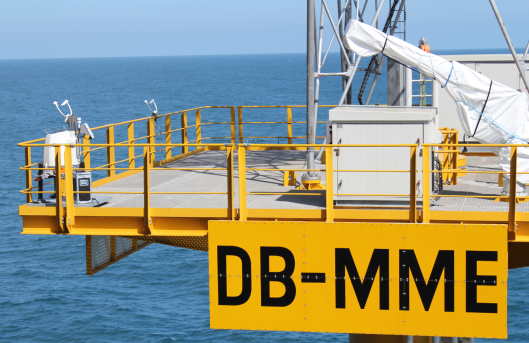 Following its 2-year campaign offshore, #307 returned for a brush down before quickly being redeployed in 2013 for a confidential meteorological project where highly accurate met data was required for weather monitoring within the UK.

In contrast to the long periods of uninterrupted operation offshore, these met campaigns were lasting for just a week at a time and so #307 was chosen due to its compact nature and ability to be transported easily and installed rapidly in a range of operational situations. The operator deployed the Lidar for these short periods of time in a range of locations demonstrating the flexibility of this new tool.

#307 and all of the wind Lidar 300 series received Remote Sensing Stage 3 acceptance by DNV GL allowing the Lidar to be used in the formal process of an Energy Yield Assessment as the sole measurement device – and importantly, bankable within the finance community.

From development to operation

In 2014, the leading offshore wind developer had already been operating offshore assets for some time and was pioneering the use of floating Lidars. Considering this and the use of Lidar as an operational wind farm tool #307 ventured offshore once more being deployed on an existing substation within an offshore wind farm.

Matt Smith (ZX Lidars) said: “The developer had already said they weren’t going to use met masts offshore anymore – they were an early adopter of floating Lidar and they wanted to explore the core performance of the Lidars being used offshore. This positive assessment has certainly increased their usage of ZX Lidars in the following years.” 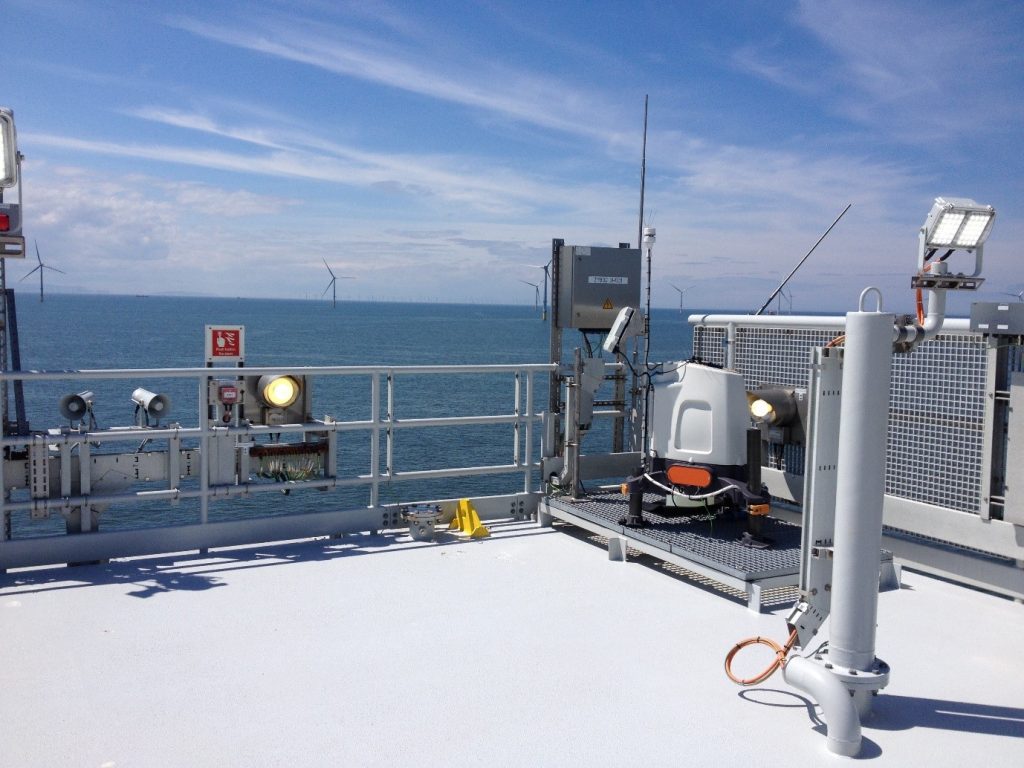 Following these initial years offshore #307 travelled to Dhahran in the Kingdom of Saudi Arabia. KFUPM (King Fahd University of Petroleum and Minerals) working with KACST (King Abdulaziz City for Science and Technology) mobilised the Lidar for a relatively short wind measurement campaign.

#307 returned to the UK to undertake an important long-term reference project at the UK Remote Sensing Test Site in 2016.

Continuous Wave Lidars do not need to be calibrated to any in-field instrumentation – they are factory calibrated and time has proven that the calibration remains constant. If it didn’t then the cause – a change in the speed of light – would likely worry humanity more than the Lidar…

Lidar data validated against met masts over a 7 year period as shown below evidences the high long-term consistency of performance and supports the Factory Acceptance criteria now conducted on all new Continuous Wave Lidars that negates the need for any in-field validations prior to or post-use.

By removing the need for routine in-field calibration, validation or maintenance Lidars place within the offshore industry was further secured. In May 2017 following its standard checks and servicing, #307 returned offshore but now in support of a new application. Deployed on the Fred. Olsen Windcarrier jack-up vessel, the Brave Tern, the wind Lidar was to be used to monitor wind speeds and direction during crane lift operations.

Traditionally a series of manoeuvres are required to ensure safe lifting practices can be undertaken, orientating the crane boom through a range of direction sectors and at multiple heights to confirm wind speeds do not exceed agreed levels. These essential manoeuvres require valuable time offshore.

#307 provided the Brave Tern crew with the opportunity to assess wind speeds and direction above the vessel’s deck height and across all heights that the crane may be operating at. During its deployment, Fred. Olsen Windcarrier successfully installed 70 Adwen wind turbines at the 350MW Wilkinger Wind Farm.

Based on this landmark project the majority of new vessel contracts for offshore wind farm construction include the use of a Continuous Wave Wind Lidar to increase the safety and efficiency of these crane operations. 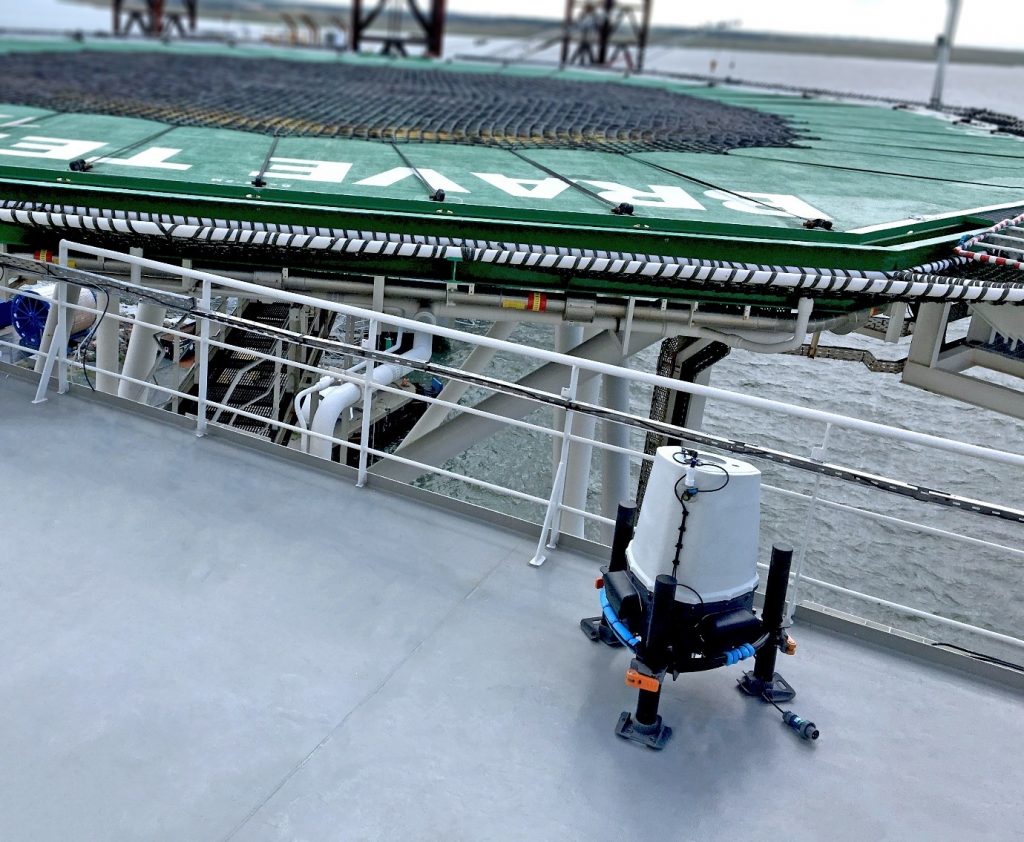 Out to pasture? Absolutely not

As this paper is written towards the end of 2019, wind Lidar #307 still remains fully operational and approaching her 10th year of active service. She has successfully operated extensively offshore, in all weather conditions and for wind and meteorological applications once novel and now mainstream. As an investment she has returned it many times over with no more than her Standard Servicing, some spare parts and a dusting off between deployments. She functions with the current firmware build standard for her Lidar type – a production promise we make to our customers.

Above all #307 represents the evolving industry she works within – in many ways she is indeed responsible for that evolution. 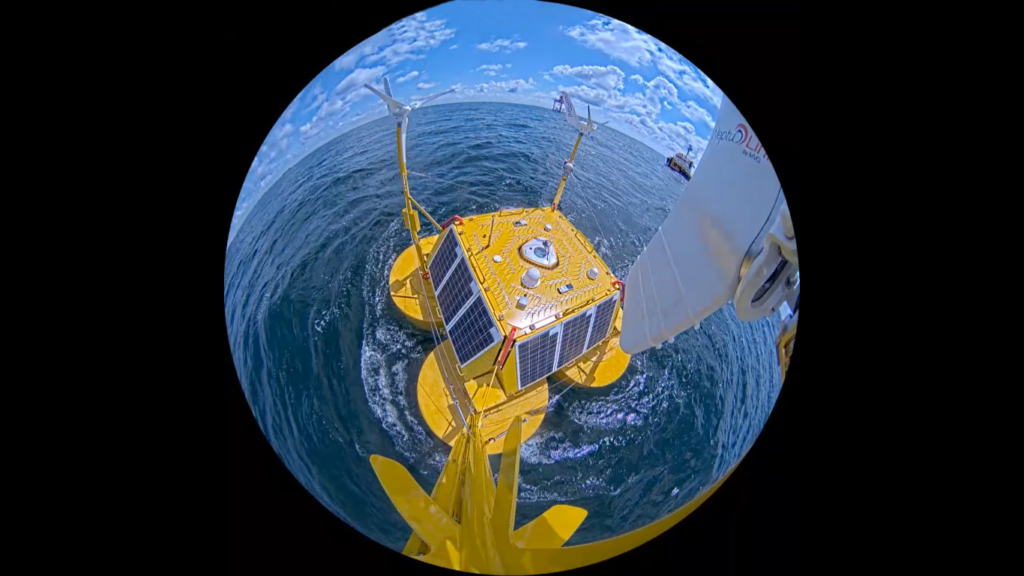