X-Press Feeders, operator of the ill-fated containership X-Press Pearl, through the vessel owner’s P&I insurers, has made an initial payment of $3.6 million to the Sri Lankan government to help compensate those affected by the consequences of the fire and sinking of the vessel.

Of the amount received, Rs 420 million (about $2.1 million) was allocated to compensate local fishermen, Mohamed Uvais Mohamed Ali Sabry, Sri Lankan Minister of Justice, confirmed during a meeting held with other government representatives in Sri Lanka on 12 July.

As informed, discussions are ongoing on the payment of further claims and all legitimate claims will be taken into consideration.

The transaction was realized after the ship’s insurers agreed in late June 2021 to pay part of the initial settlement claim for damages caused by the incident.

As Offshore Energy – Green Marine previously reported, X-Press Pearl was carrying 1,486 containers with 25 tons of Nitric Acid, several other chemicals, and cosmetics before it sank off the Port of Colombo on 2 June after burning for almost two weeks. The feeder vessel’s cargo also included around 78 metric tons of a material known as plastic nurdles, which have been released into the water.

Dozens of sea turtles and dolphins have been washing ashore as a result of suspected poisoning by toxins released from X-Press Pearl’s cargo, recent reports showed.

Numerous national and international agencies have been addressing the environmental disaster, trying to restore the safety of navigation and fishing in the affected area.

“We continue to contribute to the cleanup and pollution mitigation efforts, having flown in additional oil spill response assets on a chartered flight from Malaysia in response to a request from the UN-EU team in Colombo,” Singapore-based X-Press Feeders said.

“At the wreck site, caretaker salvors remain on a 24-hour watch to deal with any debris and report any form of a spill with drones deployed daily to help with the monitoring activities. Representatives of ITOPF and Oil Spill Response continue to monitor updates from the scene and are ready to respond immediately, if required.”

X-Press Feeders added that the vessel’s seafarers remain housed at a hotel in Colombo, awaiting permission to travel back to their families. Having endured the trauma and stress of the fire on board and an evacuation that caused injuries to their ranks, they have now been in lockdown for over six weeks.

“We are working closely with SL authorities through our local lawyers with regard to crew’s repatriation as soon as possible,” the company said. 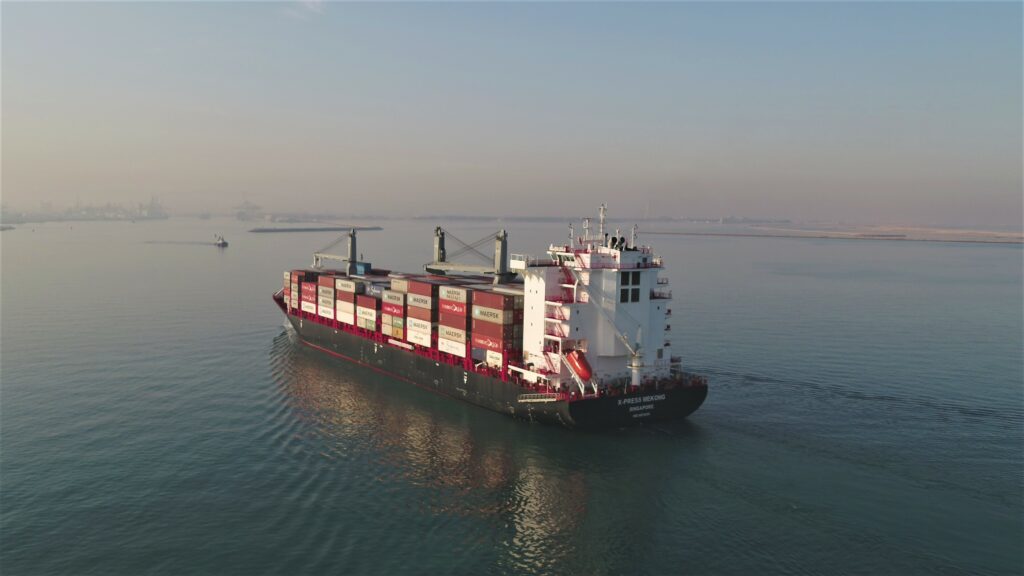