ABB to provide power from shore for Jansz-Io field

A power and automation technology specialist ABB has been hired by Chevron and Aker Solutions to provide power from shore and subsea long step-out to Jansz-Io field offshore Australia.

ABB said on Thursday that it won an order worth approximately $120 million to supply the overall electrical power system (EPS) for the multi-billion-dollar Jansz-Io Compression project. The order, comprising contracts with Chevron Australia and with Aker Solutions, is booked in the third quarter of 2021.

The Jansz-Io field is located around 200 kilometres offshore northwest Australia, at water depths of approximately 1,400 meters. The field is a part of the Chevron-operated Gorgon natural gas project, one of the world’s largest natural gas developments.

The Jansz-Io project, which moves gas from the deep seas to shore, marks only the third time that subsea compression technology is being deployed and the first time outside of Norway on the Åsgard and Gullfaks fields where ABB is also responsible for providing the EPS.

The project will involve the construction and installation of a 27,000-tonne normally unattended floating field control station, approximately 6,500 tonnes of subsea compression infrastructure, and a 135-kilometre submarine power cable linked to Barrow Island.

Peter Terwiesch, president of process automation at ABB, said: “The Jansz-Io Compression project is a major enabler in maintaining an important source of natural gas to customers in Asia Pacific. It will support energy transition across the region where many countries primarily rely on coal for energy generation

“Burning natural gas produces around half as much carbon dioxide per unit of energy compared with coal. We’re proud to be leading the way in the global energy industry by pioneering innovative subsea power technologies that bring us closer to a carbon-neutral future. This project reflects our close collaboration and trusted subsea history with Chevron and Aker Solutions”.

Maria Peralta, subsea EVP at Aker Solutions, added: “This is a very important project for us as it supports our commitment to enable lower-carbon oil and gas production and develop renewable solutions to meet future energy needs. We are pleased to once again be joining forces with ABB to take subsea solutions to the next level and accelerate the transition to sustainable energy production”.

ABB stated that it would provide most of the electrical equipment, both topside and subsea, for Jansz-Io. The project will combine two core ABB technologies – power from shore and variable speed drive long step-out subsea power – for the first time. The electrical system will be able to transmit 100 megavolt-amperes over 140 kilometres and at depths of 1,400 metres.

The contract was awarded following concept development and a front-end engineering and design (FEED) study. Work will start immediately, and the subsea compression system is expected to be in operation in 2025.

It is worth reminding that Chevron sanctioned the $4 billion Jansz-Io Compression project. Jansz-Io is part of Gorgon which comprises a three-train, 15.6 million tonnes per annum LNG facility, and a domestic gas plant with the capacity to supply 300 terajoules of gas per day to Western Australia. 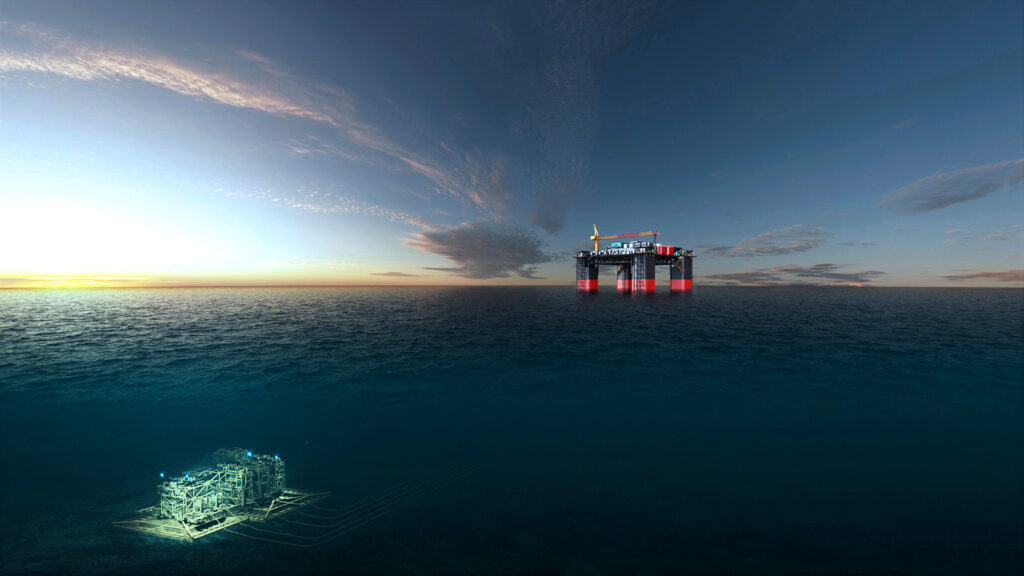 Premium
Chevron orders key Jansz-Io element worth over $500 million from South Korean shipyard
Posted: 7 months ago
Chevron cleared to start up Gorgon and Jansz feed gas pipeline and wells
Posted: 3 months ago
ABB gets in on Norway’s Northern Lights project
Posted: about 1 month ago