Norwegian oil and gas company Aker BP has submitted a plan for development and operation (PDO) of the Trell & Trine offshore project in the North Sea to the country’s Ministry of Petroleum and Energy (MPE). The project has a planned investment of about $700 million.

Aker BP, and its partners Petoro and LOTOS Exploration & Production Norge, submitted the plan to the Norwegian Minister of Petroleum and Energy, Terje Aasland, on Wednesday. This development will utilise the planned extended lifetime for the Alvheim field, increase production, and reduce both unit costs and CO2 per barrel.

He added: “From an operational perspective, the Alvheim area is one of the most cost-effective on the Norwegian shelf, and the resource base has expanded dramatically since the field came on stream. This is the result of targeted exploration and business development, technological innovation and, not least, the level of cooperation with the suppliers.”

The Trell & Trine development is planned with three wells and two new subsea installations (manifolds) to be tied back to existing infrastructure on East Kameleon and further on to the Alvheim FPSO. One of the three wells is Trell Nord, which although not yet proven, has a high likelihood of discovery. When the Trell production well is drilled, the plan is to first prove hydrocarbons in Trell Nord, then drill the wells in Trell and Trine. The programme will conclude with the production well in Trell Nord.

According to Aker BP, total investments are estimated to be approximately NOK 6 billion (about $700 million). Production is scheduled to start in the first quarter of 2025. The development will be carried out in cooperation with Aker BP’s alliance partners.

Recoverable resources in Trell & Trine are estimated to be approximately 25 million barrels of oil equivalent. Trell & Trine will produce with very low emissions, estimated at 0.3 kg CO2 per barrel.

The Alvheim field consists of the Kneler, Boa, Kameleon and East Kameleon structures, subsequently joined by the Viper-Kobra structures and the Gekko discovery. The Alvheim area includes satellite fields Bøyla, Vilje, Volund and Skogul. All of these fields are produced via the Alvheim FPSO, which came on stream on 8 June 2008.

According to Thomas Hoff-Hansen, VP of Operations & Asset Development – Alvheim Asset, when Trell and Trine are approved, the Alvheim area will surpass 750 million barrels either produced or sanctioned for development. 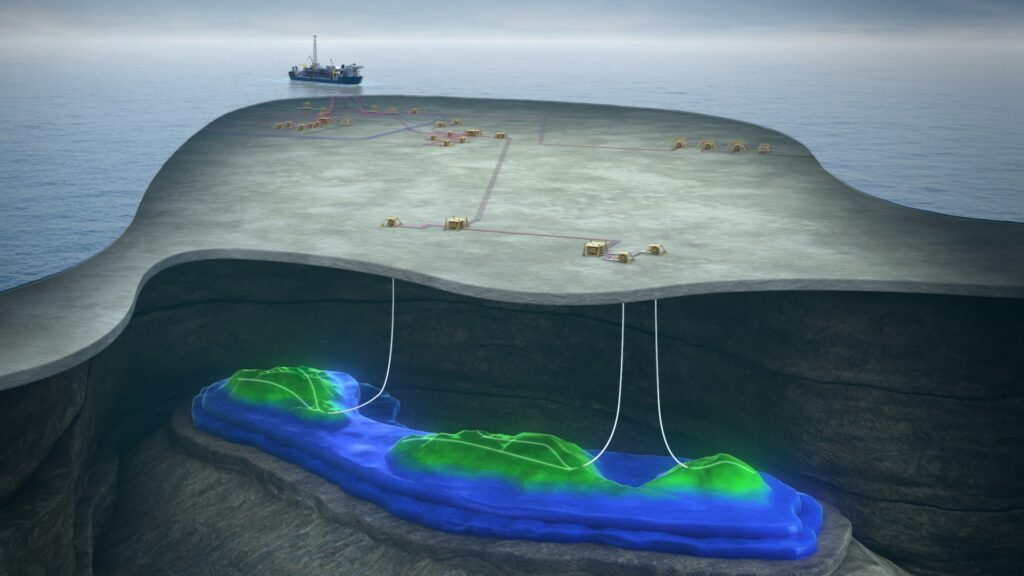 Aker BP hands out subsea contracts for Trell & Trine project
Posted: about 1 month ago
With all approvals in the bag, Aker BP cleared to fast-track North Sea field development
Posted: 2 months ago
All systems go for Aker BP to deploy Maersk rig on North Sea field
Posted: 20 days ago