Throughout 2014 Sweden’s Alfa Laval saw steady growth in the orders of their marine exhaust gas cleaning systems, the so-called scrubbers, spurred on by the introduction of the 0.1% Sulphur Directive as of January 2015.

Now in its second generation, the Alfa Laval PureSOx has accumulated an order portfolio comprising over 1100 connected megawatts on roughly 65 vessels, including two full-scale pilot installations and the first orders in the U.S. and Asia.

”We are both pleased and proud to have received orders for 70 PureSOx systems,” says René Diks, Manager Marketing & Sales, Exhaust Gas Cleaning at Alfa Laval. ”PureSOx 2.0 is building on that success. Shortly after its launch at SMM 2014 in Hamburg, we received orders for the second-generation system from Atlantic Container Line, Royal Caribbean Cruises Ltd. and Horizon Lines.”

PureSOx has recently been granted its first class approvals. DFDS has received approval from Lloyd’s Register for the DFDS Petunia and Primula Seaways.

”The arrival of 2015 marks a crucial moment for the marine industry,” says Diks. ”Until now, the introduction of sulphur limits has been theoretical for most owners and operators. But with ECA enforcement in place, those who have installed scrubbers are now going to start seeing a real difference in their fuel bills.”

When that happens, Diks suspects, the growing demand for scrubbers will place even greater focus on supplier reliability. Latecomers may have difficulty securing shipyard slots, and they will need to be even more careful to choose a supplier whose deliveries are certain. 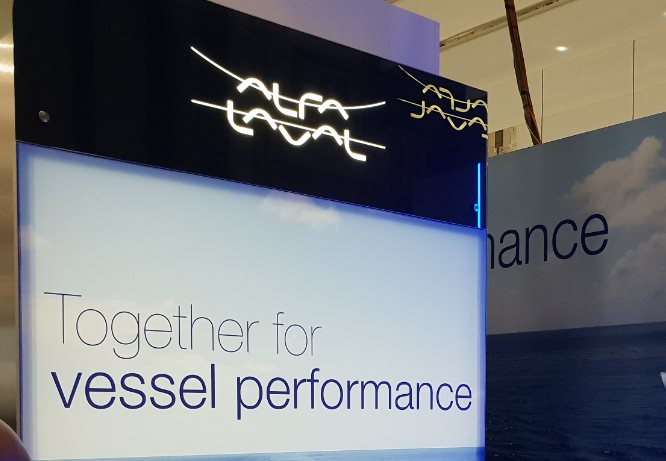