Now a 600 m3/h reactor has been added to the system portfolio, enabling new configurations with fewer components and considerable energy savings. In addition, the system has formally received IMO type approval from Det Norske Veritas.

Since its launch in April 2013, Alfa Laval’s PureBallast 3.0 has enjoyed tremendous success. Offering space savings of 50% and energy savings of up to 60% over previous versions, the system has gained a high acceptance among customers worldwide, including both Asian and European shipyards.

A key reason for this is the system’s flexibility, which is now increased by the release of a 600 m3/h reactor. Further flexibility is provided by Bollfilter as a new alternative to Hydac for the PureBallast 3.0 filter.

The new 600 m3/h reactor is slightly smaller than the 1000 m3/h reactor already in use. The main difference is not the reactor’s own size, however, but the smaller treatment systems it allows. The reactor makes possible the following configurations:

The key advantage of the PureBallast 500 and PureBallast 600 configurations is the reduction in system components. Up to now, two 300 m3/h reactors have been needed for these flow rates. When the two are replaced by a single 600 m3/h reactor, installation is further simplified and more space is saved in the engine room.

For customers whose flow needs are greater than 1000 m3/h but do not approach 1500 m3/h, there are substantial energy savings in the PureBallast 1200 configuration. Built with two of the new reactors, the system has a maximum power consumption of 125 kW. This a major reduction compared to the 201 kW of the PureBallast 1500 system, which up to now has been the next available step.

The introduction of the 600 m3/h reactor is one of two factors that will reinforce the already strong market position of PureBallast 3.0. The other is IMO type approval of the system, which was announced by DNV on 14 February. Although PureBallast 3.0 uses the same core technology as its predecessors, a new approval was necessary due to the sweeping advances between versions 2.0 and 3.0.

The tests forming the basis for DNV’s decision were conducted at the DHI testing institute in Denmark. Since these were conducted according to both IMO and ETV protocols, they also lay the groundwork for future USCG approval.

While USCG approval for PureBallast 3.0 is still some time off, it appears closer due to a potential resolution of conflicting treatment definitions. In contrast to IMO legislation, the USCG Ballast Water Discharge Standard defines treatment as effective when no organisms survive the treatment process. This has been a problem for UV-based systems like PureBallast, which kill many organisms outright but render others non-viable by making them unable to reproduce.

A team comprising representatives from the USCG, test institutes (e.g. DHI) and suppliers of UV-based ballast water treatment systems has been appointed to evaluate the available testing procedures. Thus far the results indicate that non-viability can be reliably verified, which gives UV-based systems a better footing with regard to USCG legislation. 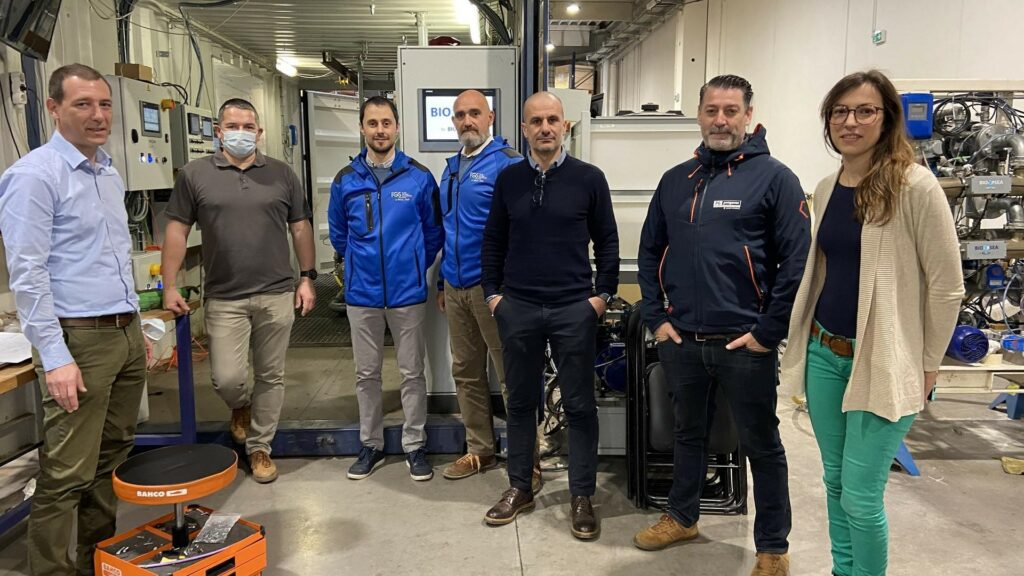