ALP Maritime Services B.V. has entered into a purchase agreement to acquire six powerful long distance anchor-handling and towing vessels, subject only to a satisfactory inspection of the vessels.

The vessels are operating in the 200 and 300 Tonnes Bollard Pull towing vessel segment. This acquisition adds a combined 1,450 Tonnes of Bollard Pull to the ALP fleet, enhancing ALP’s competitive position in the high-end long distance towing, positioning and hook-up market.

The vessels to be acquired are:

ALP informs that it has been mutually agreed with the sellers that ALP will take over the vessels during the period from December 1, 2014 to March 31, 2015 at ALP’s discretion.

ALP says that an increasing number of ultra-large floating production units on order will require towing and hook-up services in the next decade(s) and notes that this will result in a growing demand for powerful and versatile long distance towing vessels which are capable of complying with increasingly stringent offshore vessel requirements. Offshore floating production units are increasing in size and value. Multi-billion dollar field developments rely on floating production / storage units capable of operating on site for well over a decade without returning to a shipyard. The transport from the building yard to the field site and the subsequent hook-up to the permanent mooring on site is therefore an important part in the success of a project, ALP explains.

Exposed to the environment, there is a need for powerful and reliable towing vessels that can maintain control of objects under tow in changing environmental conditions. The subsequent hook-up of the units to the fields’ pre-laid mooring and riser-systems requires lengthy heading control duties and therefore vessels able to operate safely in close quarters for extended duration. Installation, mooring leg maintenance and replacement operations demand vessels, ALP says, that comply with the stringent in-field DP II requirements established for offshore vessels.

ALP notes that the six vessels to be acquired are presently the most powerful and advanced long distance towing vessels in the market, only to be surpassed by the ALP FUTURE vessels when they enter service in 2016. The units are modern and very robust offshore vessels, built in Germany in the period 2006 – 2010.

ALP previously marketed the vessels during 2011 – 2012. During this period ALP introduced the vessels to its clients in the international towage market and as a result the ALP team is familiar with the unique design and capacity of the vessels, the company says in the release. Compared to peer-vessels active in the towage industry, the units offer anchor-handling, positioning and increased fuel capacity and are equipped with DP II. ALP says that these are similar features that the ALP FUTURE vessels offer and which are in high demand by the company’s clients active in the Floating Production / Storage, Drilling and Subsea market.

ALP is active in a market environment that is ever more focused on increasing quality and redundancy, reducing risk and increasing safety of the services offered in general.

“Our clients are expecting that the long distance towing vessels comply with the same offshore quality standards that apply to vessels operating in the many offshore fields around the world. This is critically important when the vessels are required to operate in close vicinity of an offshore platform, during a long-distance towage operation performed by two or more vessels or when the offshore platform has to be connected to the permanent mooring system following the tow from the building yard to the offshore site,” the company says.

According to ALP, offering high standard vessels is of paramount importance not only to ALP’s clients, but also to ALP’s own personnel.

Following a satisfactory inspection, the vessels shall be re-branded to ALP’s house-style. The four largest vessels that will operate in the same long distance towing range shall be named after open positions in ALP’s soccer team, joining the four ALP FUTURE vessels.

ALP says the other two vessels are also powerful, highly maneuverable and skillful vessels, but have a shorter towage range therefore their capabilities are equally important to the ALP fleet. In order to easily identify to the customers that they are of a different range towing capacity equally powerful names have been selected, relating to a unique moment in sport and an expression of skills and power, ALP says.

These names are a reference to ALP’s vision that multi-tug long distance towage / offshore operations require a team-effort to succeed, ALP concluded. 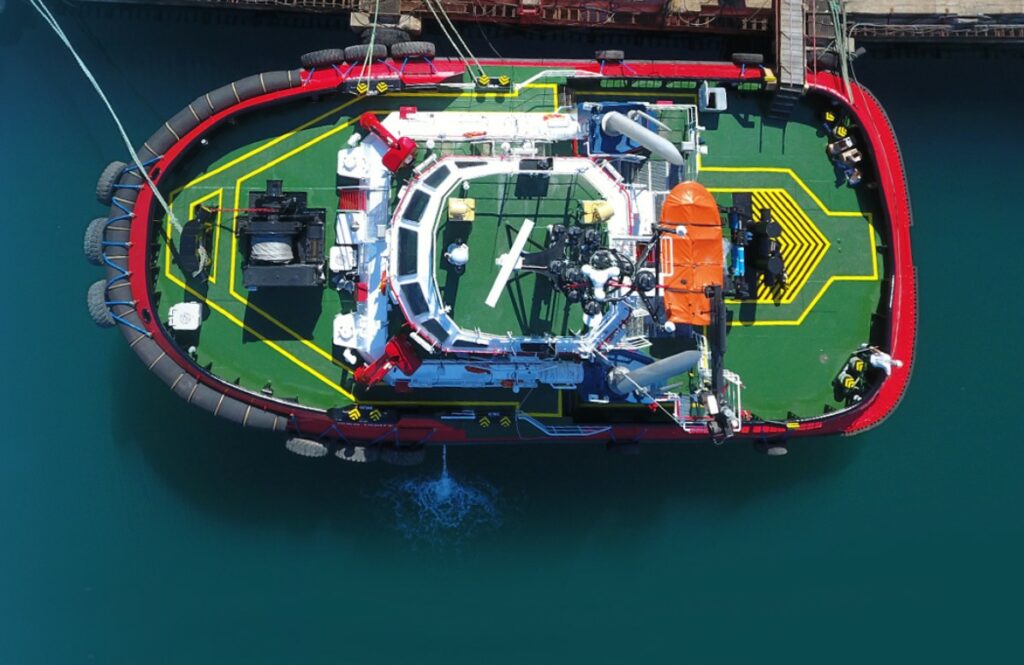