The terminal was officially inaugurated by the President of Mexico Enrique Peña Nieto and Danish Prime Minister Lars Løkke Rasmussen, who is on his tour to America.

“Markets with strong trade alliances tend to outperform global growth and Mexico alone has signed more than 45 free trade agreements, making it one of the world’s most important economies.  Maersk is committed to Mexico, and across our Transport and Logistics brands, we employ more than 800 people locally,” said Søren Skou, Chief Executive Officer of A.P. Møller-Maersk, parent company of APMT.

The terminal is currently performing 30% above expectations in terms of container turnaround times in March, and is expected to improve operational efficiencies per container by 20%, APMT said.

Back in 2011, APM Terminals won a 32-year concession to finance, design and maintain the first semi-automated terminal in Mexico and Latin America, located in Lázaro Cárdenas, Michoacán.

The facility occupies an area of 49 hectares, with a quay of 750 meters in length for ships and a depth of 16.5 meters. The terminal features two berths in 500 m of quay with 250m planned to be built boasting a static capacity of 21 mil TEUs and a dynamic capacity of 1.1 million of TEUs a year.

By the final phase of the terminal buildout, which is scheduled to happen between 2027 and 2030, the terminal’s water depth will increase to 18 meters.

By then, the terminal will have a capacity of 4.1 million TEUs, operated by 15 ship-to-shore (STS) cranes and 10 rail tracks, providing intermodal access.

According to the company’s estimates, the total investment cost for the full project is expected to reach USD 900 million.

The terminal officially started operations in February this year when it welcomed its first vessel, the 9,600 TEU Maersk Salalah.

This is the company’s second terminal in Mexico after Yucatan. 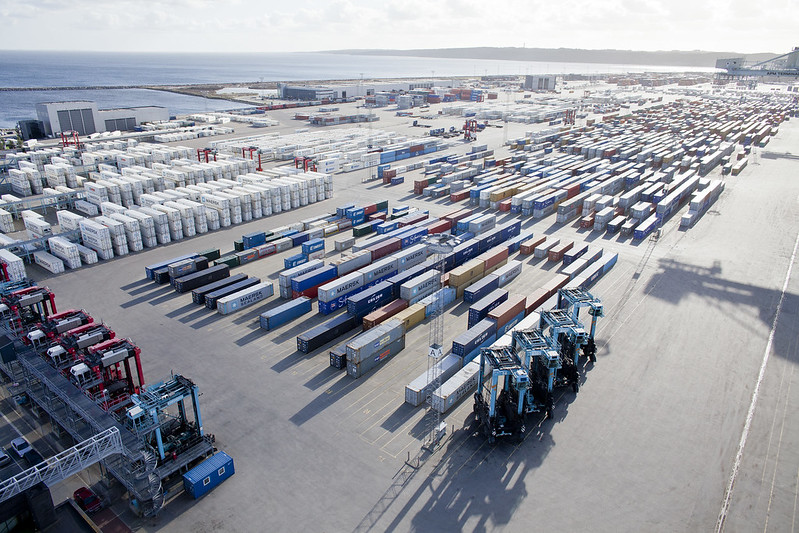