Aquamarine Power has appointed John Malcolm as their new Chief Executive Officer. He will take the reins at the Edinburgh-based business on October 15. The current CEO Martin McAdam is stepping down after six and half years in post.

John Malcolm has broad international experience, and has been a non-executive director on the Aquamarine Power Board since May 2012. He is also a member of the company’s Technical Committee.

Previously, John served for 25 years in various capacities with Royal Dutch Shell plc, including roles as Managing Director of Petroleum Development Oman LLC, the largest oil and gas producer in Oman, from 2002 to 2010, and as General Manager/Managing Director of Al Furat Petroleum Company, then the largest joint venture oil and gas producer in Syria, from 1999 to 2002.

John is a chartered engineer with a PhD from Heriot-Watt University, and continues to hold a number of non-executive roles.

Commenting on his appointment, John Malcolm said: “I join Aquamarine Power at a very exciting moment in the company’s history. The Oyster 800 has just commenced operational testing following a comprehensive summer refit and we are looking forward to some very positive results. The machine has already clocked up 60,000 operational hours and has demonstrated its survivability in all conditions through three winters.

“The company is well funded and has a very clear plan to progress the technology, including the development of an offshore power take-off which is being progressed via the pan-European WavePOD collaboration.

“I am looking forward to working closely with Aquamarine Power’s team of talented engineers, our Board and shareholders to plot the next steps in our company’s journey.”

Commenting on his departure, outgoing CEO, Martin McAdam, said: “The last six and a half years at Aquamarine Power have been amongst the most challenging and rewarding of my professional career. Every leading business must go through a process of renewal and I feel now is a suitable point to hand the baton into John’s very experienced and capable hands.

“Aquamarine Power is a superb business, staffed by bright, dedicated people and supported by an excellent Board and shareholders.

“Wave energy remains the world’s last great untapped renewable energy source, and the continued endeavour to harness it successfully remains one of the most exciting challenges of our age. The prize is enormous, and I think we now have a very clear understanding of the precise nature and scale of the technical and financial challenges we face.

“On the financial side, the Scottish and UK governments and the European Union have done a tremendous job in supporting the industry thus far, and I think now is a suitable point to examine critically how industry and government can work together to enable the next great leap to commercialisation.”

Welcoming John into his new role, Aquamarine Power Chairman, Paul Capell, said: “John Malcolm is an immensely experienced industry leader with a very strong grasp of the business and technical challenges which Aquamarine Power is working so hard to surmount.

“His broad experience, gained across a range of energy and engineering disciplines, will bring insight and innovation to the next phase of the company’s growth. I have enjoyed working with John and the support he has provided as a non-exec over the last couple of years and I know he is relishing the prospect of his new hands-on role.

“I would also like to pay particular tribute to outgoing CEO Martin McAdam. As well as being an exceptional leader of Aquamarine Power, he has worked tirelessly to raise the profile of ocean energy and the potential for technologies such as Oyster to change the way in which energy is made. It has been a real pleasure working with Martin, and the Board, staff and shareholders all wish him very well for whatever his future may bring.” 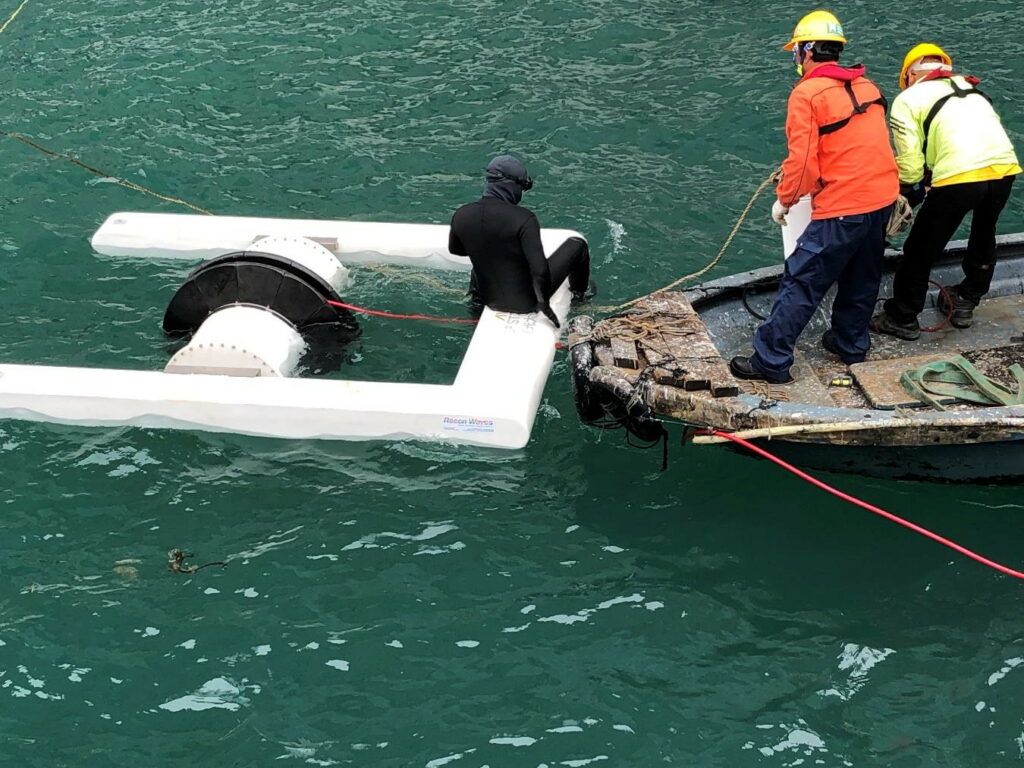