The project developer is JSC Vympel Design Bureau (Nizhny Novgorod). The project documentation was developed under contract with JSC Zvezdochka Ship Repair Center and handed over to Astrakhan plant. The ship obtained serial number 05 and was laid down in summer 2011. Currently, the plant conducts hull works and purchases equipment. According to plan, the ship would be delivered in 2013, and there is no need to doubt of that, said a source in the yard to Central Navy Portal.

Throughout recent years, Astrakhan plant has acquired wide experience in defense order execution. Not long ago the plant had completed the second Project 705B harbor tug RB-10. The naval ensign will be hoisted on Nov 15, on the Caspian Flotilla Day. The first tug was built in Astrakhan and delivered in 2010 and has already approved herself. The third tug of this project is under construction and will also join Caspian Flotilla. It is planned to make an additional order for Project 705B tugs for Black Sea and Baltic fleets.

Construction of the new-generation salvage ship which is more than two times larger than Project 705B tug will bring the shipyard to the radically new level providing tugs and rescue ships for Russia’s southern regions which are in need of auxiliary vessels. 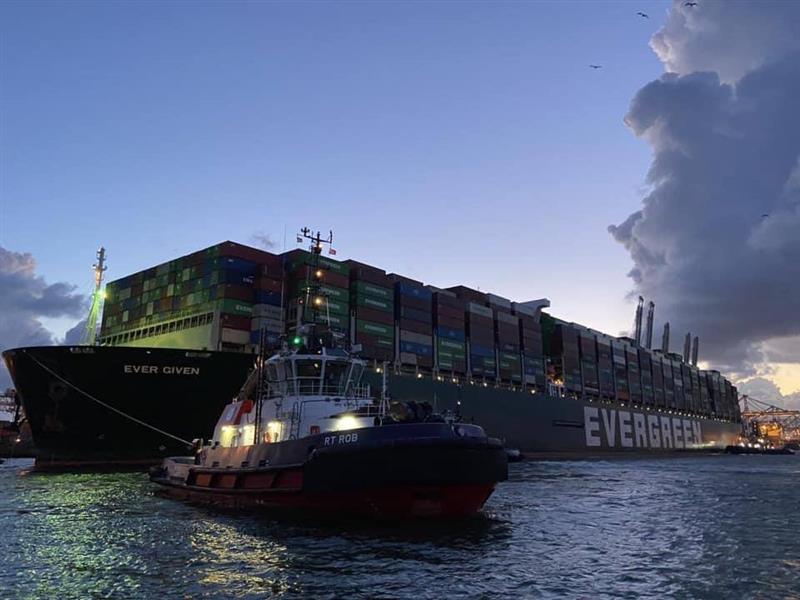 VIDEO: Ever Given arrives in Rotterdam ending months-long saga
Posted: 6 days ago
Salvors attempt to tow charred X-Press Pearl amid concerns over ship’s stability
Posted: 2 months ago
One seafarer dead after fire breaks out on MSC boxship
Posted: about 1 month ago