Fitted with a survey suite comprising a multibeam echosounder and side scan sonar, the C-Worker 7 carried out touchdown monitoring in support of the Seven Antares pipelay vessel.

“The C-Worker 7 has proven to be a very capable vessel providing an excellent stable survey platform controlled by the Pipelay Vessel,” a spokesperson from Subsea 7 told ASV.

Richard Daltry, technical director at ASV Global, said: “We are delighted to be supporting Subsea 7 in their quest to increase operational efficiency through the use of autonomous surface vessel technology. This operation marks a huge step in realising the potential of this technology and goes a long way to prove its operational readiness, particularly in a demanding offshore environment.”

The C-Worker 7 operated for a total of 37 days. Use of the autonomous C-Worker 7 replaced the need for an additional survey vessel.

In addition, use of the C-Worker 7 resolved the technical challenge of surveying in very shallow waters while also removing the risk to personnel working at sea in small craft, ASV noted.

A custom payload frame was designed to house the specified survey suite. The modular frame slotted into the C-Worker 7’s moonpool to mount and deploy the sensors. Testing confirmed that repeated sensor deployment was achieved within millimetre accuracy ensuring that no further survey sensor calibrations were required. Vessel trials and testing took place in the Solent, UK before the vessel was mobilised from ASV’s UK headquarters.

Throughout the operation the C-Worker 7 was controlled and monitored using the ASView control system from a control station set up onboard the Seven Antares. Subsea 7 survey personnel piloted the C-Worker 7 and operated the survey sensors to ensure data accuracy and quality. 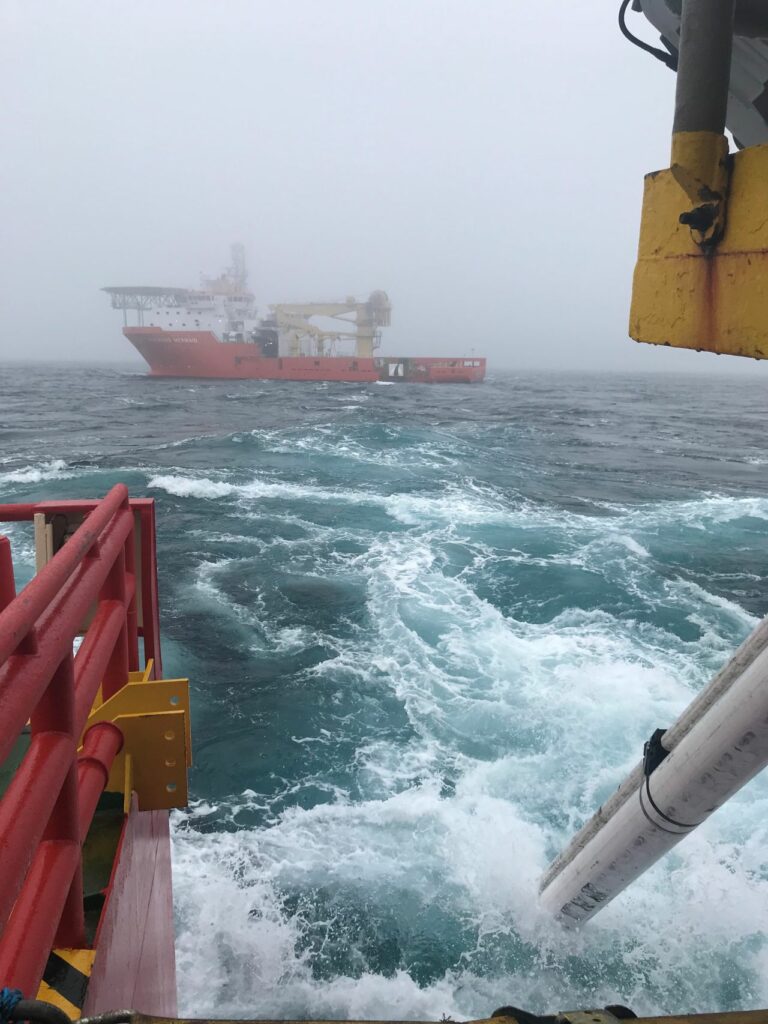