Atlantis Resources has released its annual financial report accounting the fall in revenues of 14.5 percent in 2014 compared to a year earlier.

Atlantis Resources’ total revenue for the financial year ending December 31, 2014 was USD 3.96 mln, compared to 2013, when the company’s total revenue amounted to 4.63.

The company attributed the fall in revenues to lack of equipment sales for the reported period.

According to the company, doubling in the average number of employees from 17 to 35 is responsible for the increase in total expenses.

The primary reason for the increased loss was the impact in the year ending December 31, 2013 of the ‘other gains’ resulting from the negative goodwill arising from the acquisition of MeyGen, which was in part offset by additional financing costs relating to the conversion of shareholder loans, according to Atlantis.

Tim Cornelius, Chief Executive of Atlantis Resources Limited, commented: “Construction is now underway at MeyGen, and it’s exciting to see the onshore works begin to take shape. We’re on track to deliver our 1.5 MW turbine to the project for installation in 2016, and we’ve contracted Lockheed Martin as our major delivery partner for this machine.

“The start of 2015 has been just as notable, culminating in our announcement of the execution of a sale and purchase agreement for the acquisition of MCT from Siemens AG in April. This will bring a host of benefits to both our turbines and projects businesses, and is positive news for consolidation in an industry which continues to mature and grow.” 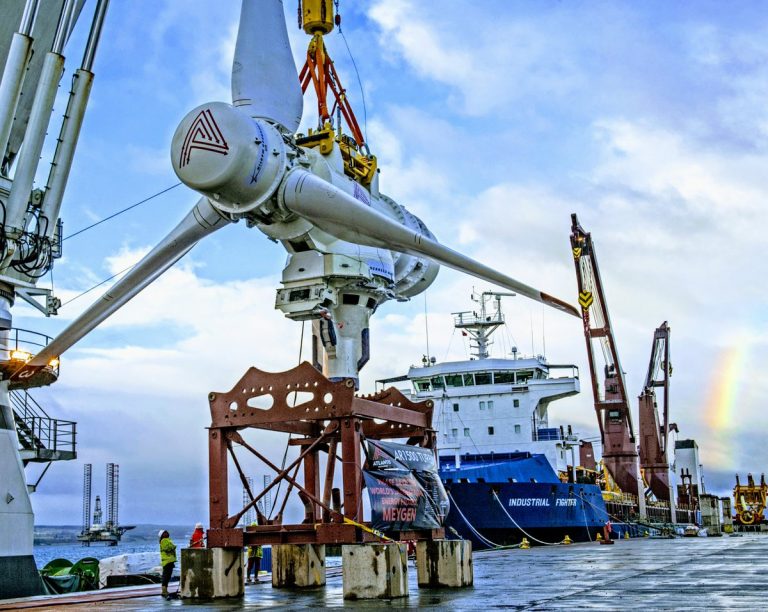