The industry is making a step forward in achieving ballast-free shipping and curbing the threat of the spread of invasive species carried in a ship’s ballast water.

An estimated 10,000 marine species are transported around the world in ballast water every day, according to the figures from the U.S. National Oceanic and Atmospheric Administration (NOAA).

As a result ballast water discharged from ships has been identified as one of the largest pathways for the introduction and spread of aquatic invasive species, which are a major threat to the ecological and economic well-being of the planet.

Driven by the idea and the entrance into force of the Ballast Water Managment Convention (BWM), Dalian Shipbuilding Industry (DSIC) and GTT have unveiled a new ship design concept which doesn’t include ballast water tanks.

The 30,000m³ B-FREE LNG carrier design has received approval in principle (AiP) from Lloyd’s Register (LR) in a ceremony at Marintec China on December 5.

According to LR, the innovative design has several advantages over conventional designs (based on Type C cargo tanks and using ballast), combining environmentally-friendly features with increased efficiency as well as predicted lower build and operating costs.

Savings in build cost are expected through the avoidance of fitting a ballast water treatment system (BWTS) and not having to comply with the Performance Standard for Protective Coatings (PSPC) for ballast tanks, ballast piping, pumps and values.

Operational savings should be seen from no need to run and maintain a BWTS, ballast systems and maintain ballast tank coatings. Initial predictions also show lower fuel consumption compared to ‘standard’ designs as well as lower LNG boil-off due to the GTT membrane, compared to a Type C tank, LR said.

“While we are still in the initial stage of the project and the design is subject to ongoing change, the initial results are indicating that we will meet our goal of having a ballast-free ship that is equal to, or better than existing conventional designs.

“The cumulative improvements in operating costs coming from the combination of the various innovations and new ideas applied to the design are better than we anticipated, although we should be mindful that this is only the preliminary results phase and we need phase two to further refine and validate the design, we are hopeful this will result in more efficient small-scale LNG carriers,” Ma Yingbin, Vice Chief Engineer, DSIC, said.

As explained by Yingbin, interest received from owners and operators so far has exceeded the companies’ expectations.

David Colson, Commercial VP of GTT, said that the ballast-free was an old idea that GTT had in mind several years ago.

“The good teamwork between the three parties in China enabled us to move forward with the design to this stage. The first results show that this ballast-free design has also introduced complimentary advantages such as a reduction in the number of cargo tanks, handling equipment, engine power, and more,” he added. 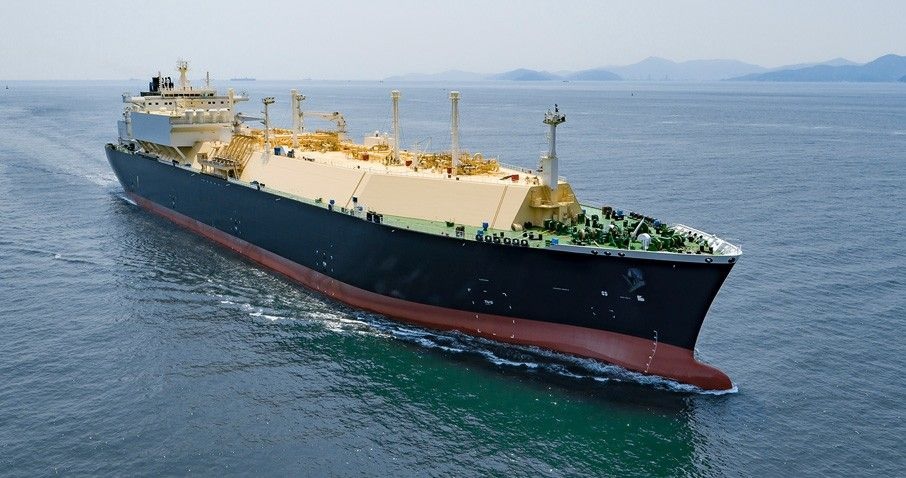