Commissioner of Canadian ferry owner and operator BC Ferries has approved the purchase of a secondhand vessel for new ferry service between Port Hardy and Bella Coola in British Columbia scheduled to start in the summer of 2018.

BC Ferries is now finalizing an agreement to buy the vessel that is operating in Greece. The purchase price for the vessel is EUR 8.75 million (USD 9.29 million).

The ferry, currently named Aqua Spirit, is able to accommodate a minimum of 35 vehicles and 150 passengers and crew.

Aqua Spirit will undergo major upgrades from the fall of 2017 through the spring of 2018.

The company’s Port Hardy-Bella Coola service will run from mid-June through mid-September five times per week. The ship will also provide service to the other mid-coast ports of Bella Bella, Ocean Falls and Shearwater in the summer, as well as in the off-season, BC Ferries said.

In a separate announcement, BC Ferries informed that its vessel Spirit of Vancouver Island returned to service on the Metro Vancouver – Victoria (Tsawwassen – Swartz Bay) route on April 6 following mechanical repairs.

The 1994-built vessel was temporarily removed from service on March 22 due to a hydraulic issue with the port side controllable pitch propeller, which required drydocking the vessel to affect repairs. 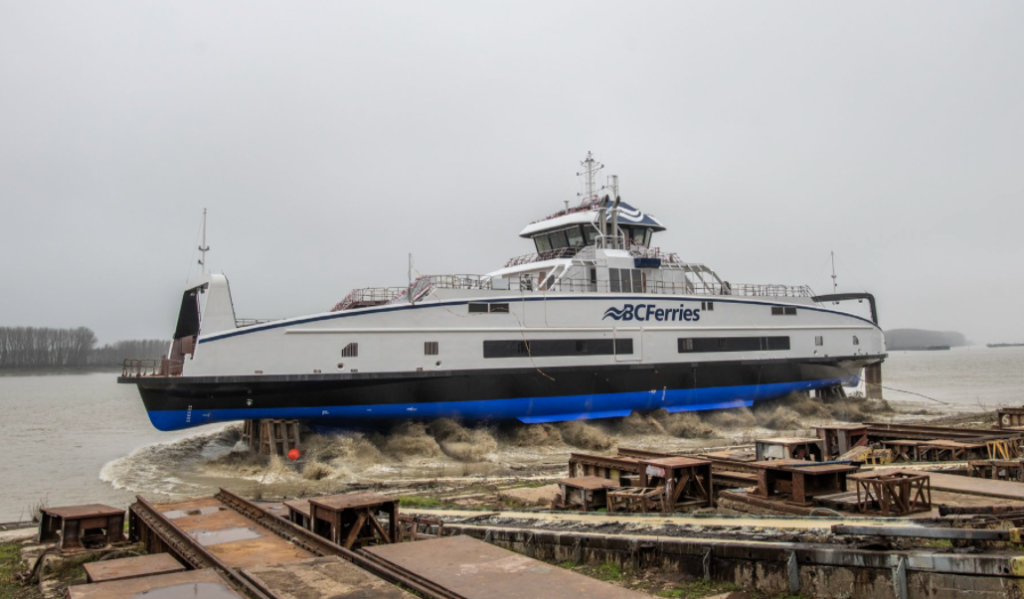