Australian oil and gas company Beach Energy has revealed a new major development related to its first offshore drilling campaign, which enabled the company to boost its production figures by achieving the first gas from two wells in the Otway Basin offshore Australia.

Beach Energy’s environment plan for development drilling and well abandonment in the Otway Basin was accepted by Australian authorities in February 2021.

At the time, the Australian regulator NOPSEMA confirmed that Beach Energy had proposed to drill up to six development wells and abandon three existing subsea wells in Commonwealth waters of the Otway Basin. Development drilling and well abandonment activities were proposed to be undertaken by a semi-submersible mobile offshore drilling unit (MODU) and the company intended to use the Diamond Offshore-owned Ocean Onyx rig for the campaign.

It is worth reminding that, following the termination of the previous drilling agreement in April 2020, Beach Energy inked a new drilling contract with Diamond Offshore for the Ocean Onyx rig in August of the same year. Concurrent with the new contract, the two companies also signed a settlement agreement, dismissing all legal proceedings related to the termination of the previous contract.

In its announcement last Thursday, Beach Energy confirmed that the first two wells of its offshore Otway Basin campaign – Geographe 4 and 5 – had been connected to the Otway Gas Plant and are now delivering gas into the East Coast market following the completion of the commissioning phase.

Morné Engelbrecht, Beach Energy Acting CEO, revealed the connection of the Geographe wells is an important step towards delivering on Beach’s growth targets at a time when the East Coast Gas market is potentially facing shortfalls as early as 2023 and added: “Achieving first gas from these Geographe wells is an important milestone for Beach as it represents the first gas from our first-ever offshore drilling campaign.”

The company further added that these new wells effectively double the Otway Gas Plant production capacity which now has the well capacity to deliver ~180 TJ/d, while actual production rates will depend on customer nominations which vary on a seasonal and daily basis. Furthermore, connecting the remainder of the wells from the offshore campaign and connecting the nearshore Enterprise discovery is required to attain a plant nameplate production capacity of 205 TJ/d.

“This represents one of the first key building blocks towards our production growth target of 28MMboe in FY24. We know that the East Coast market needs this supply of natural gas and this is why Beach is continuing its development campaign in the Otway Basin and we are focussed on delivering that program,” concluded Engelbrecht.

The Otway project consists of Geographe and Thylacine offshore gas fields that tie back to a not normally manned platform in 100 metres water depth and processed 80 kilometres onshore at the Otway Gas Plant near Port Campbell, Victoria, Australia.

Beach Energy also explained that drilling and testing of Thylacine North 1 well, the third well in the 6-well development campaign, was also recently completed with the rig preparing to move to the Thylacine West 1 well location. This will be followed by two more Thylacine development wells.

It is worth reminding that Beach Energy in December 2021 contracted DOF Subsea Australia for its Otway offshore phase 5 transport and installation project.

Under the terms of this deal, the campaign execution covers the installation of the subsea infrastructure for four new Thylacine wells following the collection of all permanent equipment from vendors and transportation to the offshore site. 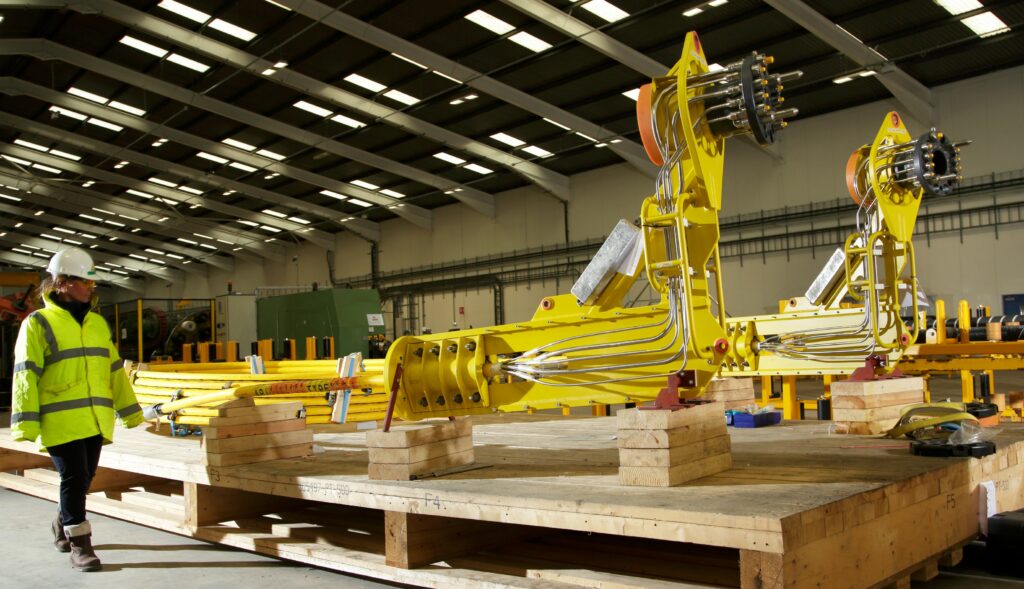