The proposed 5MW project would be built along the north shore of the Blomindon Peninsula in Kings County of Nova Scotia, it is stated in BMP’s application for permit, filed to the Nova Scotia Energy Department.

The project would feature BMP’s proprietary tidal energy system that has two main components which include a novel land-based generator assembly and an unmanned barge.

The barge is connected to the generator by a high strength rope in such a manner that is submerged below the drafts of local boat traffic.

Power is generated as the ebb and flood tides flow, causing the barge to move away from the generator and cause the generator to turn for generating electrical power, according to BMP.

The generator assembly area is planned to be constructed on land along the north side of the Blomidon Peninsula which rises to an elevation of 130-150 meters above the low water mark.

The barge operation area will extend 5 nautical miles in each direction originating from the generator assembly.

BMP has over the years designed, manufactured, and completed land and sea trials of a 200kW prototype of its barge and generator assembly.

The first sea trials were conducted during April of 2016 in the Minas Basin after receiving approval from all necessary governmental agencies.

During August 2017, BMP conducted a second phase of prototype testing. This testing was performed to verify the controllability of the overall system in the tidal flow of the Bay of Fundy.

BMP is currently developing a 100kW prototype that it plans to test in 2018.

The testing is planned to last for 2 to 3 months at the same project site BMP is asking for the permit.

The 5MW project will begin with the installation of a 1MW system. Upon success of the first installation, the subsequent 4MW will be installed, BMP said in the permit application.

The project has been proposed in support the recent amendments to the Marine Renewable Energy Act proclaimed by the Nova Scotia government on January 24, 2018.

BMP’s application, currently under review by the Nova Scotia Department of Energy, was received on February 2, 2018.

Any public comments received may be shared with any government department or agency that exercises regulatory authority over any aspect of the activities to be carried on under the proposed project, Nova Scotia Department of Energy noted. 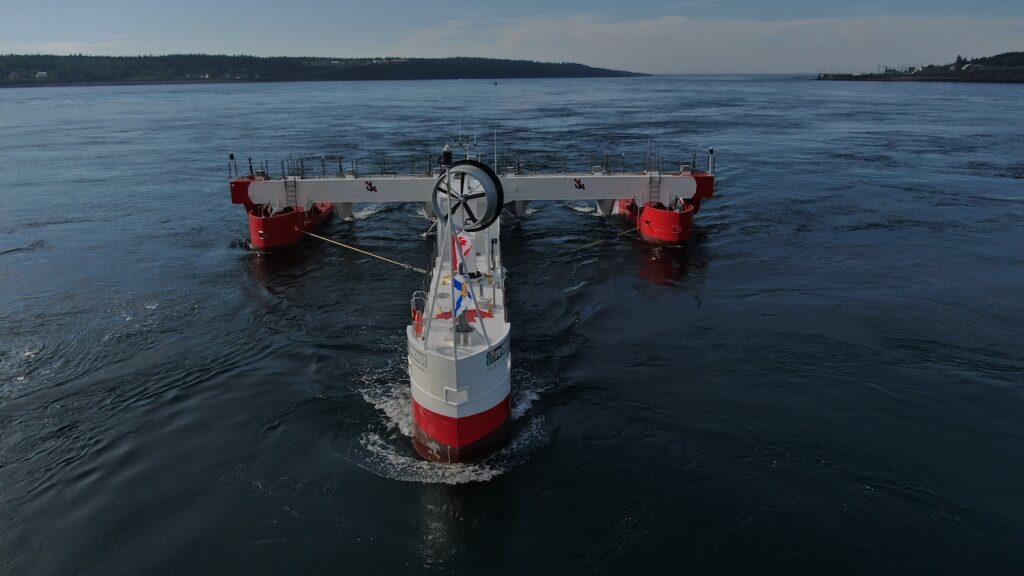