The Interreg Atlantic Area-funded Blue-GIFT programme has awarded recommendations for support to three marine renewable energy projects under its third and final call to test and validate technologies in real sea environment.

Two technology developers were recommended for support to access the SEENEOH test site in the French city of Bordeaux.

These include French tidal energy developer EEL Energy, whose design is inspired by bio-mimicry, and Dutch tidal energy company Hydrokinetic Power Generation Systems (HPGS), who will test its vertical axis tidal turbines at the site.

The third technology developer recommended for support is RW Power, a Norwegian company who will test their floating offshore wind-powered desalination pump at the PLOCAN test site.

This will be their second time accessing the site, having tested a wave powered desalination pump in previous project.

Marlene Kiersnowski from SEENEOH said: “We are particularly pleased to be able to support the EEL and HPGS trials on SEENEOH. Blue-GIFT thus makes it possible to give an ultimate but indispensable boost to the realisation of projects that have been worked on for a long time”.

PLOCAN’s Nadia Achargui García added: “PLOCAN is proud to contribute to the development of marine renewable energies through initiatives like the Blue-GIFT project in the Atlantic Area. We are glad to provide RW Power with an opportunity to demonstrate their new technology in real sea conditions and support them in their way to commercialization”.

Blue-GIFT is an €2.5 million project which helps to bring marine renewable energy technologies to market by offering free access to a world-leading network of test centres including BiMEP and PLOCAN in Spain, SEENEOH in France, WavEC in Portugal, EMEC in UK, SmartBay Test Site in Ireland, and SEM-REV in France.

To date, the Blue-GIFT project has supported four companies to deploy their devices in real sea conditions at test sites in the Atlantic Area, including Arrecife, DesignPro Renewables, RW Power, and Wavepiston.

There are a number of other technology developers due to deploy during this year, which have been supported through the project, including EnerOcean, X1 Wind, Wello, CorPower Ocean and Tension Tech. 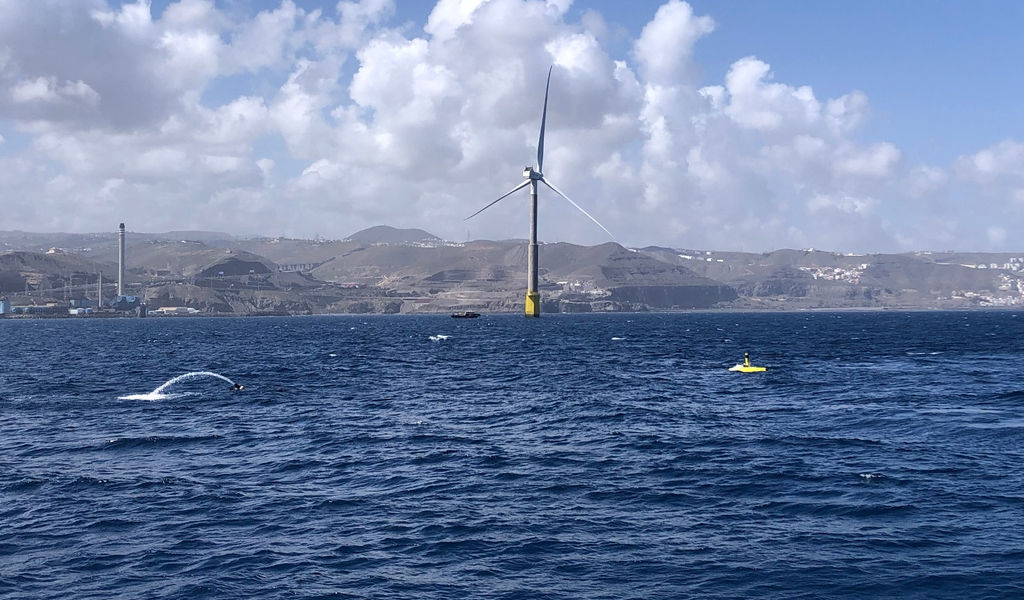