The US National Renewable Energy Laboratory (NREL) scientists have fabricated a solar cell with an efficiency of nearly 50 per cent.

The six-junction solar cell now holds the world record for the highest solar conversion efficiency at 47.1 per cent, measured under concentrated illumination.

A variation of the same cell also set the efficiency record under one-sun illumination at 39.2 per cent.

To construct the device, NREL researchers relied on III-V materials—so called because of their position on the periodic table—that have a wide range of light absorption properties.

Each of the cell’s six junctions can capture light from a specific part of the solar spectrum.

The device contains about 140 total layers of various III-V materials to support the performance of these junctions, and yet is three times narrower than a human hair.

Due to their high efficiency and cost of making them, III-V solar cells mostly power satellites.

On Earth, however, the six-junction solar cell is well-suited for use in concentrator photovoltaics

Ryan France, co-author and a scientist in the III-V Multijunctions Group at NREL, explains:

“One way to reduce cost is to reduce the required area,” he said, “and you can do that by using a mirror to capture the light and focus the light down to a point.

“Then you can get away with a hundredth or even a thousandth of the material, compared to a flat-plate silicon cell.

“You use a lot less semiconductor material by concentrating the light. An additional advantage is that the efficiency goes up as you concentrate the light.”

According to France, it is possible to exceed the 50 per cent efficiency.

But, thermodynamics fundamentals limit the possibility of 100 per cent efficiency.

Geisz said that currently the main research hurdle to topping 50 per cent efficiency is to reduce the resistive barriers inside the cell that impede the flow of current.

Meanwhile, he notes that NREL also works on reducing the cost of III-V solar cells.

This enable new markets for these highly efficient devices.

NREL is the U.S. Department of Energy’s primary national laboratory for renewable energy and energy efficiency research and development.

Another study in Germany

In another study, researchers from the Helmholtz Center in Berlin broke another record of solar cell conversion efficiency.

Namely, one is perovskite and the other is a mixture of copper, indium, gallium and selenium, namely CIGS.

Researchers also added a layer of rubidium atom in the middle to promote the contact between the two layers.

The peak conversion efficiency of this solar cell has reached 24.16 per cent.

Although it is lower than the 47.1 per cent mentioned above, it is lower in cost due to CIGS material.

Moreover, it is easier to produce flexible solar module due to its thinner thickness. 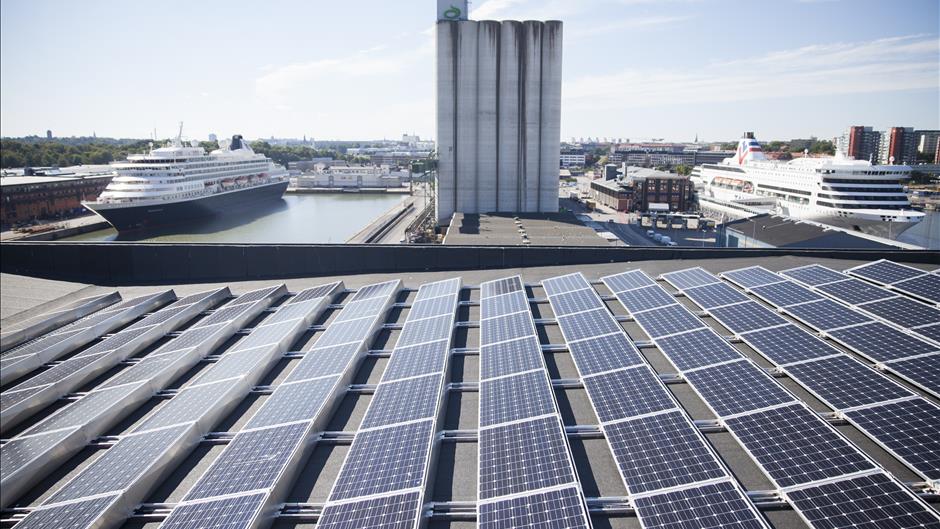