National Renewable Energy Laboratory (NREL) researchers have produced the first estimate of the floating solar photovoltaic potential in the United States, revealing that by installing floating solar on the man-made reservoirs could generate about 10% of the nation’s annual electricity production.

While the United States was the first to demonstrate floating photovoltaic (PV) panels – with the first installation occurring 10 years ago on pontoons on an irrigation pond in Napa Valley, California – the idea has not received widespread national acceptance, according to NREL.

Floating PV sites are being deployed more overseas, however, with more than 100 sites as of the end of last year. Japan, for example, is home to 56 of the 70 largest floating PV installations, according to the US national lab.

The US focus has primarily been on installing large-scale, ground-mounted solar panels, and only had seven floating PV sites as of December 2017, NREL noted.

However, in a study conducted by Jordan Macknick, the lead energy-water-land analyst for NREL and principal investigator of the project, together with NREL co-authors, Robert Spencer, Alexandra Aznar, Adam Warren, and Matthew Reese, estimate about 2.1 million hectares of land could be saved if solar panels were installed on bodies of water instead of on the ground.

The use of floating PV comes with additional benefits, including reduced water evaporation and algae growth, the researchers found.

Spencer, lead author of the paper, added that in some cases benefits could be greater than those documented in the paper, but that the team used ‘strict assumptions that would give a very conservative estimate of the total potential generation and benefits’.

“In the United States, it’s been a niche application – where in other places, it’s really been a necessity. We’re expecting it to take off in the United States, especially in areas that are land-constrained and where there’s a major conflict between solar encroaching on farmland,” Macknick said.

Director of NREL’s Integrated Applications Center, Adam Warren, added: “Floating solar is a new industry enabled by the rapid drop in the price of solar PV modules. The cost of acquiring and developing land is becoming a larger part of the cost of a solar project. In some places, like islands, the price of land is quite high, and we are seeing a rapid adoption of floating solar.”

The findings of the study, titled ‘Floating PV: Assessing the Technical Potential of Photovoltaic Systems on Man-Made Water Bodies in the Continental U.S.’, have been published in the journal Environmental Science & Technology.

NREL is the US Department of Energy’s primary national Laboratory for renewable energy and energy efficiency research and development. 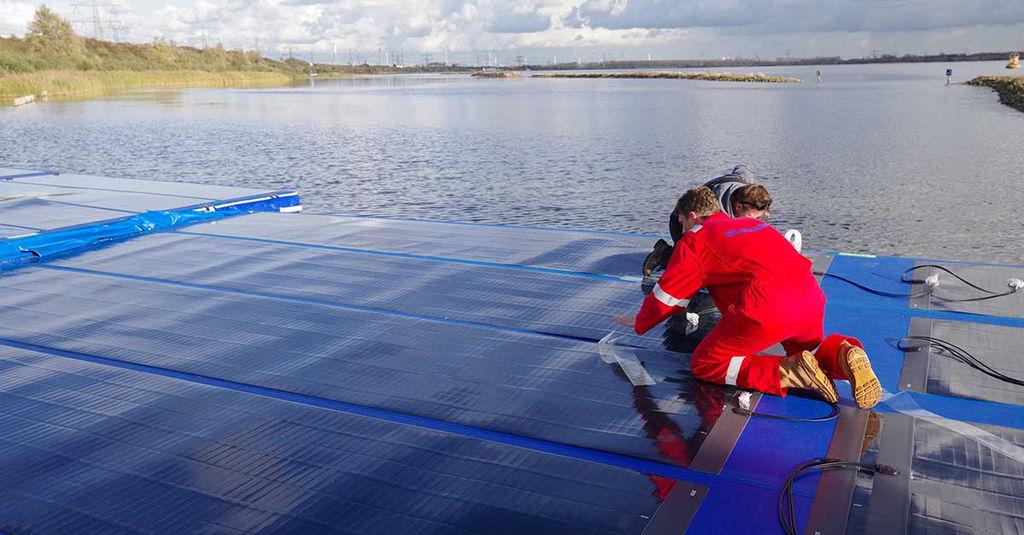