The President of Brazil, Dilma Rousseff, will participate in the ceremony that will announce the installation of the Bahia Liquefied Natural Gas (LNG) Regasification Terminal (TRBA) Tuesday. During the event, Petrobras and the Government of Bahia will sign the Protocol of Intentions that will define the actions to be taken by the parties in order to provide the conditions to install the terminal.

The construction of the Bahia Regasification Terminal (TRBA), which will have capacity to regasify 14 million cubic meters per day, will ensure the injection of natural gas in the Northeastern Brazilian state that consumes the most of this type of fuel. A part of the Growth Acceleration Program (GAP), the work is slated to begin in March 2012 and to be completed in August 2013. An investment worth R$706 million, the project will create 850 direct and 2,400 indirect jobs and have a nationalization index of 80%.

By injecting this volume of gas into the Brazilian gas pipeline, Petrobras will add even more security and flexibility in serving the market, since it will increase access to different sources of supply (domestic and imported) by means of a gas pipeline network which reached an extension of 9,634 km in 2010 and integrates Northeastern, Southeastern, Southern, and Midwestern Brazil.

At the Pecém and Guanabara Bay terminals, the vessel mooring system is installed on a pier where there are two berths, and the LNG is transferred from the supply vessel to the regasifier one over cryogenic arms. At the TRBA, the LNG will be transferred directly between the vessels through the so-called side-by-side docking system, in other words, the regasifier vessel will be moored to an island-type pier with a single berth.

With the direct connection with the supply vessel, the LNG transfer process will be accomplished through short hoses or loading arms. In the regasifier vessel, the LNG will be transformed from the liquid to gaseous state. The fuel will then be injected into the gas pipeline network by means of a pipeline that measures 28 inches in diameter and is 49 kilometers long, 15 kilometers of which in a submarine section. There are currently two LNG terminals operating in the world using the side-by-side setup: the Bahia Blanca one, in Argentina, and the Dubai terminal, in the United Arab Emirates.

The Bahia Regasification Terminal (TRBA) will be installed at the Bay of All Saints, 4 km west of the Frade Island, and interconnect with the gas pipeline network at two sites: the first in the Bahia network, in Candeias, while the second at kilometer 910 of the Cacimbas-Catu (GASCAC) gas pipeline, a section of the Southeast-Northeast Gas Pipeline (GASENE), which was inaugurated in March 2010. Deploying the connection at this site will add flexibility and reliability to the gas pipeline network operation and even enable exports to Southeastern Brazil, if necessary.

Developed not only to meet the needs of the domestic market but also the Company’s strategic objectives, Petrobras’ LNG project is unique in the world. It reasserts the stance taken on by Petrobras, one of the largest oil companies in the world, in the search for the best technological solutions.

Today, the Company’s regasification assets have diversified the natural gas supply sources in order, mainly, to meet the demand of the thermoelectric plants (TEPs). Additional to hydroelectric generation, the TEPs require gas intermittently and are fired whenever there is need to preserve the hydroelectric plant reservoirs at adequate levels to assure energy security.

The Petrobras LNG-TRBA project complies with the strictest international safety rules and has adopted the standards and technical guidelines set forth by the Oil Companies International Marine Forum (Ocimf) and by the International Gas Tanker and Society Terminals Operators (Sigttou). Petrobras is a member of these entities, which are international industry references.

As it did at the Pecém and Guanabara Bay terminals, Petrobras will also adopt additional security measures at the TRBA, such as an intelligence system that will interconnect the entire terminal. At the first sign of any abnormality, this system is capable of completely interrupting both the LNG transfer between the vessels and also the natural gas transfer from the regasifier vessel to the gas pipeline.

The TRBA will be equipped with special valves to shut the flow off quickly, if necessary. The transfer arms, or cryogenic hoses, are also fitted with an emergency release system, which provides for cargo pump shutdown, valve closing, and the disconnection of the arms or of the hoses from the vessels.

The technologies adopted in the project aim at ensuring the preservation of the Bay of All Saints’ biome and of the community living in its surroundings. Petrobras’ two LNG terminals currently in operation are examples of the harmonious coexistence between development and environmental preservation, and the same will be true in Bahia. 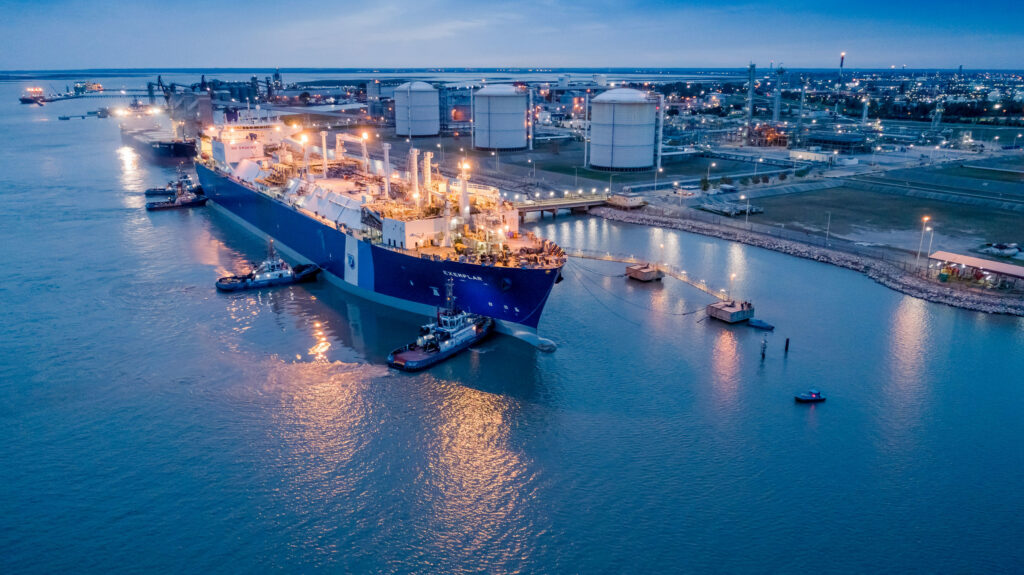