Back in September 2018, a consortium of LDTVO and Prysmian officially secured a contract for the supply and installation of inter-array cables at the France offshore wind farm.

LDTVO installed 20 out of the 80 inter-array cables on the rocky bottoms of the Guérande bank during the first installation campaign which started last summer.

The inter-array cable installation is carried out by the cable-laying vessel Olympic Triton, accompanied by the support ship Wind of Pride, and the personnel transfer ship HST Sofia.

The 480 MW Saint-Nazaire offshore wind farm requires 80 inter-array wind cables to be installed over a length of approximately 110 kilometres off the coast of the Guérande peninsula. For LDTVO to do so, they designated and designed an installation system to allow the installation of the electric cable with its protective shells, the company stated.

LDTVO has fitted out a custom-made mezzanine on the aft deck of the cable ship in order to install its machines for laying the cable and ensure the logistics of the protective shells on board. Additionally, the mezzanine houses an ROV-C underwater robot designed, manufactured, and operated by LDTVO teams.

For cables to be protected, LDTVO developed cast-iron shells that are installed on board around the cable, before it is lowered to the bottom of the water. These shells are made of a material that is 70 per cent recycled and 100 per cent recyclable, according to the company.

Once laid on the seabed, the cable requires the installation of 4 tonnes of riprap bags for its stabilization. 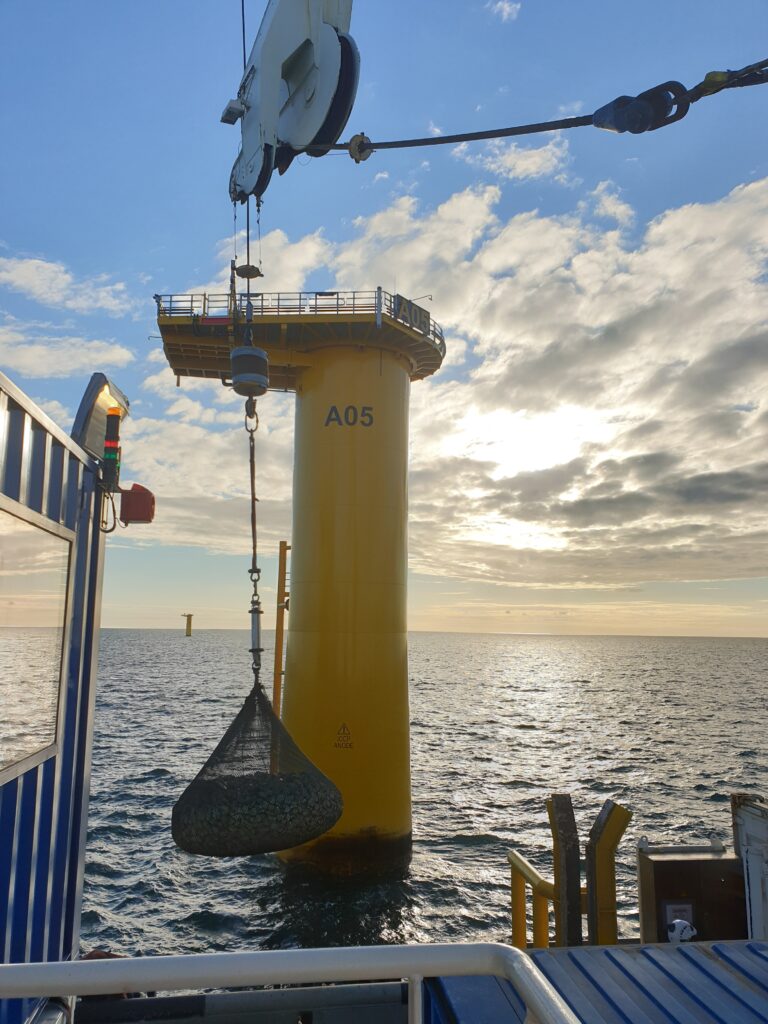