The parties have signed a memorandum of understanding (MoU) to negotiate the terms and conditions for a new electric service agreement (ESA) to reduce Cameron LNG’s Scope 2 emissions from the electricity it purchases from Entergy Louisiana.

As disclosed, the MoU is non-binding and sets forth a framework for Entergy Louisiana and Cameron LNG to finalise and sign a minimum 20-year long-term agreement for the procurement of new renewable generation resources in Louisiana over an agreed-upon timeframe, subject to the ultimate approval of the Louisiana Public Service Commission and Cameron LNG.

The new electric service agreement is expected to be developed together with a new, renewable tariff option that will be filed for Commission review and approval in the coming months.

This new tariff, along with Entergy Louisiana’s recently approved optional Geaux Green tariff programme, will provide customers with the opportunity to reduce their Scope 2 emissions by subscribing to new renewable generation resources, the partners explained.

“Entergy Louisiana is a critical partner in our efforts to reduce our overall direct and indirect GHG emissions. Cameron LNG strives to provide its customers with LNG that has the lowest possible emissions intensity”, said Whit Fairbanks, President of Cameron LNG.

“The MoU we have signed allows us to memorialise an agreement to bring on enough renewable power to offset the emissions for our facility, including the Train 4 expansion, when all renewable generations phases are added to the supply portfolio.”

Cameron LNG, a 13.5 million tonnes per annum (mtpa) LNG export facility operating in Hackberry, Texas, is working with its joint venture partners to develop a cost-effective and lower-emission potential expansion of the facility.

The proposed Cameron LNG expansion would include an additional liquefaction train with a maximum production capacity of approximately 6.75 mtpa that is planned to utilise electric compression, equivalent to adding approximately 300 megawatts (MW) of demand to the Entergy Louisiana system.

Areas near the LNG facility were recently selected as the most suitable for e-methane production by Japanese joint venture comprising Tokyo Gas, Osaka Gas, Toho Gas and Mitsubishi Corporation.

The companies will study the feasibility of producing e-methane in Texas or Louisiana, liquefy it at the existing Cameron LNG facility, and transport it to Japan utilising other existing infrastructure, including LNG ships and receiving terminals in Japan. 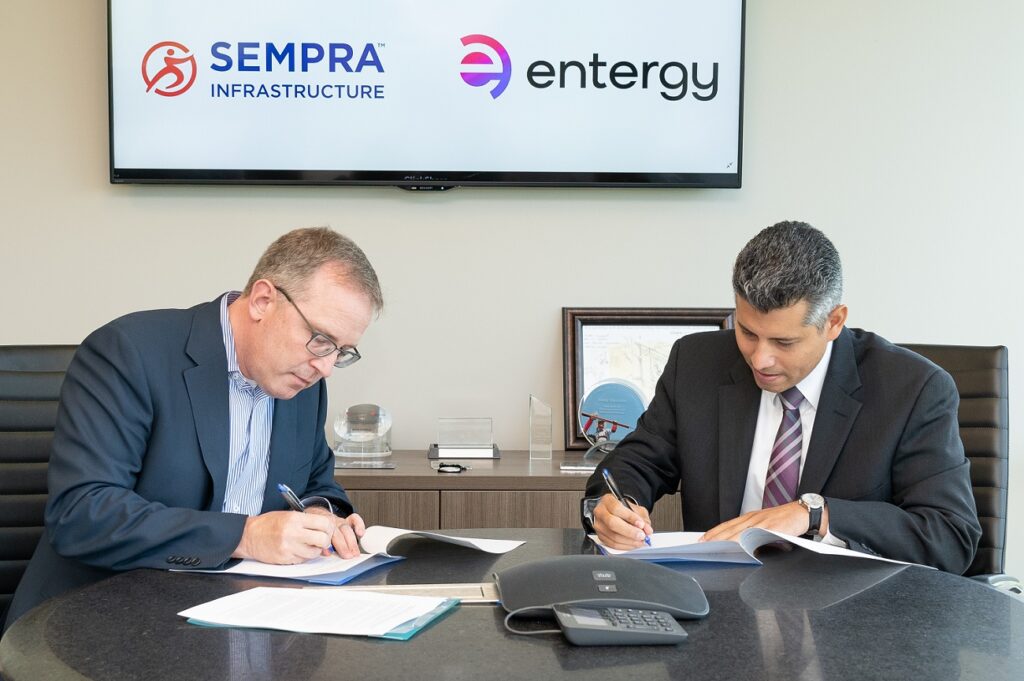