On August 16, the Ocean christened its trailing suction hopper dredge, the Ocean Traverse Nord. It was built this past year at Ocean Industries shipyard at Isle-aux-Coudres.

The 25-million-dollar shipbuilding project, the largest ever in Eastern Canada and Ocean’s first dredge, created over fifty new jobs at the shipyard while generating major direct and indirect economic benefits for the Québec City region and especially for Charlevoix.

The christening ceremony was held in the presence of President Gordon Bain, First Vice- President and General Manager Jacques Tanguay, and the shipyard’s General Manager Manon Lavoie, who is also the vessel’s godmother.

“We doubled the number of employees at the shipyard this past year to build this ship”, said Ms. Lavoie. “Thanks to a motivated, driven, innovative, young and dynamic team that looks to surpass themselves and take pride in their accomplishments, we succeeded in building an extraordinary ship.”

“Synergy among Ocean’s diverse sister companies and an unwavering commitment to excellence are what enabled our teams, especially those working in dredging, engineering and at the shipyard, to rise to the challenge of building a ship of this size as well and as fast as they did. We are just as proud to be sharing this success with the best international resources as today’s event pays tribute to a productive partnership of technology transfer with Damen Dredging Equipment and a remarkable collaboration with the Spanish architectural firm, Faustino Carceller, S.L.,” added Gordon Bain.

The 64-metre dredge, equipped with the latest technology, can dredge up to 30 metres deep with a 5,500 m3hourly pumping capacity. It is powered by two Z-Drive omnidirectional propellers and two 1,000-HP motors.

“The expertise of our shipyard and of our employees made it possible for us to build this ship, unique in Eastern Canada, on time and within budget. Once again, Ocean has shown its know-how and asserted its status as a leader in the maritime industry through the use of innovative work methods and cutting-edge equipment,” explained Mr. Tanguay. 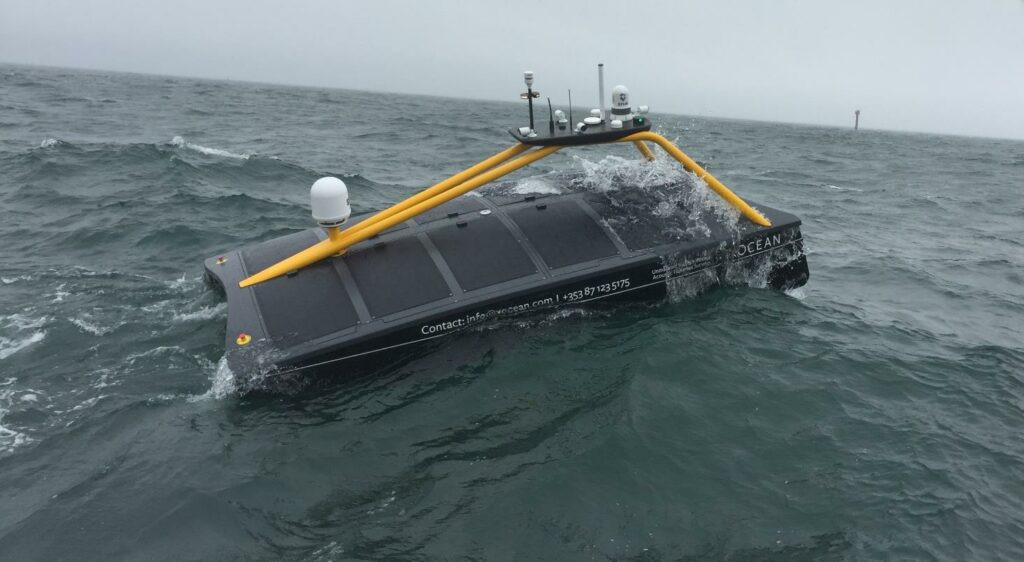 Canada backs carbon neutral survey platform development
Posted: 5 days ago
Study calls for ban and phasing out of scrubbers to protect the oceans
Posted: 5 hours ago
Novige and the development of NoviOcean WEC
Posted: 29 days ago
Advertisement
Related vacancies