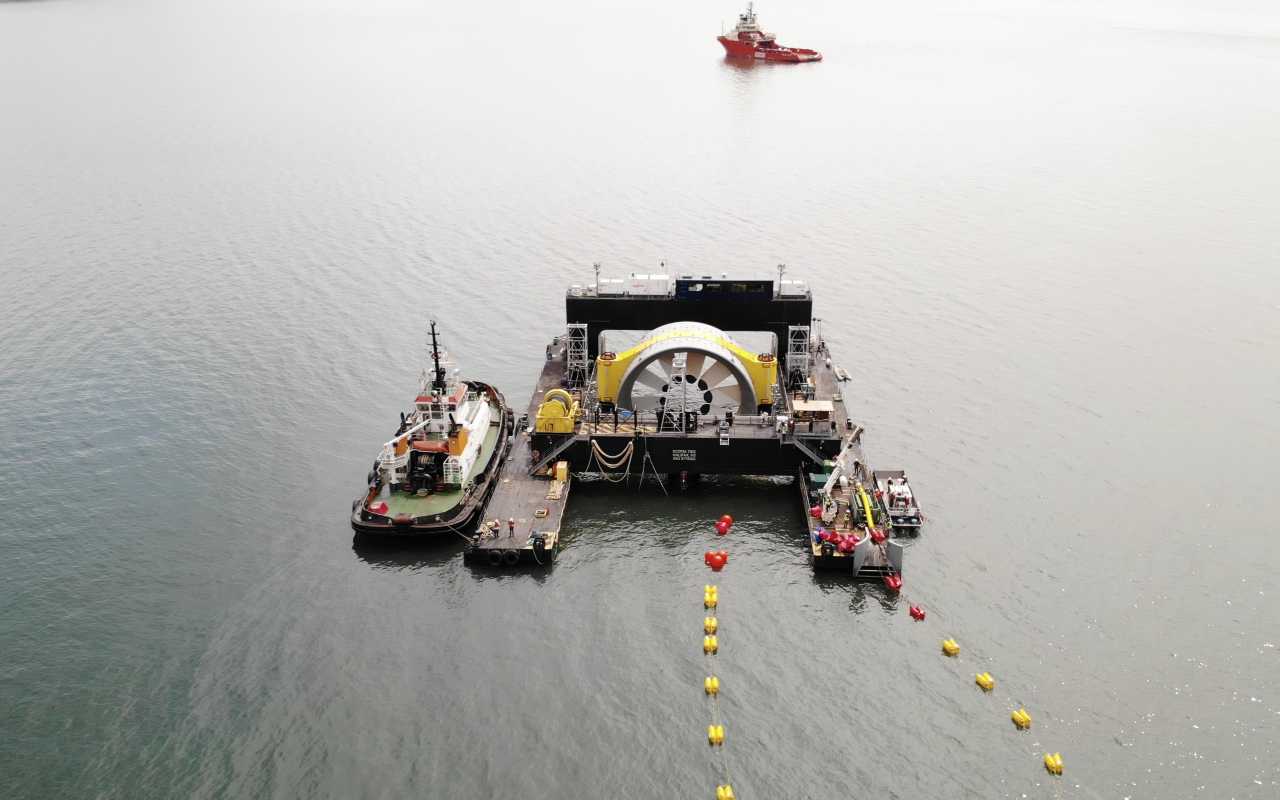 Cape Sharp Tidal has deployed an in-stream tidal turbine and connected it to the power grid at the Fundy Ocean Research Center for Energy (FORCE) site in Nova Scotia’s Minas Passage.

“This exciting achievement can be credited to the hard work and dedication of our team,” said Alisdair McLean, Cape Sharp Tidal director. “This is the second in-stream tidal turbine we’ve deployed at the FORCE site. We’re proud that we’re still the only developer to realize such important accomplishments in the Minas Passage, and we’re looking forward to continued progress.”

Cape Sharp Tidal’s first demonstration turbine was deployed and grid-connected in November 2016 and recovered in June 2017.

“We believe the renewable energy potential of the Bay of Fundy can be harnessed using in-stream tidal technology,” said Christian Richard, Cape Sharp Tidal director. “As our work continues to advance, our knowledge and experience will be critically important to advancing this industry for Nova Scotia and the world.”

Deployment operations began in the Minas Passage on Thursday, July 19, with several days of preparatory activity. The turbine was deployed on Sunday, July 22 and grid-connected on Tuesday, July 24. The turbine is now undergoing initial commissioning, with operational and environmental monitoring device testing being conducted by the OpenHydro team.

“I want to say thank you for the support and enthusiasm for this project, particularly the community of Parrsboro,” said Tony Wright, general manager of FORCE. “This work isn’t possible without the expertise of marine operators, researchers, and countless Atlantic Canadian businesses. Today we’re pleased to be able to continue the important research to understand how tidal turbines interact with the Minas Passage environment.”